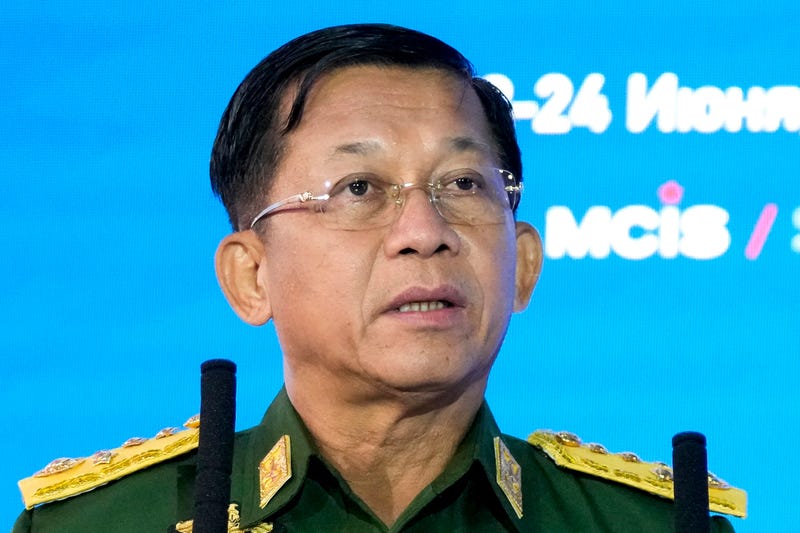 KUALA LUMPUR, Malaysia (AP) — Southeast Asian leaders are holding their annual meeting this week without Myanmar’s top general, who seized power in February and shattered hopes for one of Asia’s most dramatic democratic transitions, and was excluded for refusing to take steps to end the deadly violence.

Myanmar defiantly protested the exclusion of Senior Gen. Min Aung Hlaing, who currently heads its government and ruling military council, from the summit of the Association of Southeast Asian Nations.

Brunei, which currently leads the 10-nation bloc, will host the three-day meetings starting Tuesday by video due to coronavirus concerns. The talks will be joined by U.S. President Joe Biden and the leaders of China and Russia, and are expected to spotlight Myanmar’s worsening crisis and the pandemic as well as security and economic issues.

ASEAN’s unprecedented sanctioning of Myanmar strayed from its bedrock principles of non-interference in each other’s domestic affairs and deciding by consensus, under which just one member could effectively shoot down a group decision. Myanmar cited the violation of those principles enshrined in the group’s charter in rejecting the decision to bar its military leader from the summit.

The regional group has few other options as the general’s intransigence risked further tainting its image as a diplomatic refuge for some of the most intractable tyrants in Asia.

A senior ASEAN diplomat, who joined an Oct. 15 emergency meeting where the foreign ministers decided to rebuff Myanmar, said those two principles bind but “will not paralyze” the bloc. The diplomat called ASEAN's more forceful response “a paradigm shift" but added its conservative principles would likely stay.

“In serious cases like this, when the integrity and credibility of ASEAN is at stake, ASEAN member states or even the leaders and the ministers have that latitude to act,&#x20