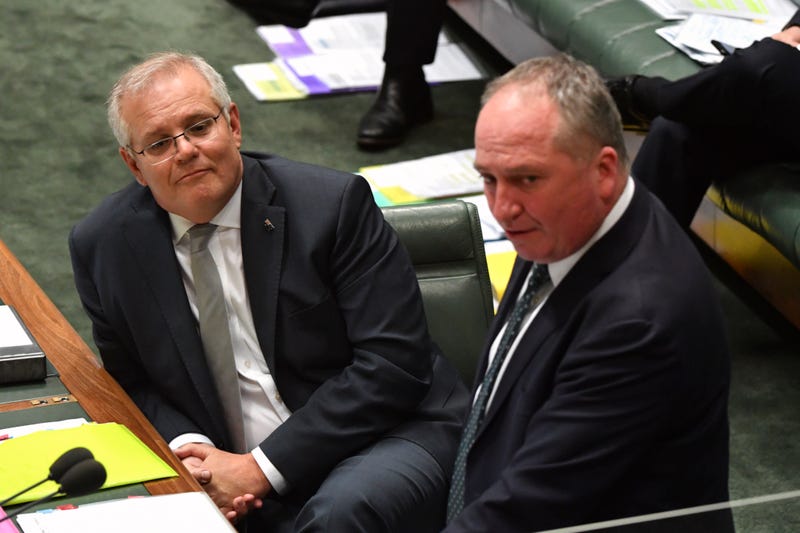 Prime Minister Scott Morrison announced on Monday that a fifth National's party minister will join his Cabinet as part of deal to cement the junior coalition partner's support for a national target of zero net carbon emissions by 2050.

The National party’s in-principle support for the target, which was decided on Sunday, is a breakthrough for Morrison, who wants to take a more ambitious plan to reduce Australia’s greenhouse gas emissions when he leaves on Thursday for a U.N. summit in Glasgow, Scotland.

Nationals lawmakers would not discuss the conditions the party had placed on its support. Morrison's Cabinet was considering the conditions.

Nationals leader Barnaby Joyce, who is also deputy prime minister, declined to say whether the party had demanded that Resources Minister Keith Pitt be made the fifth Nationals’ Cabinet minister.