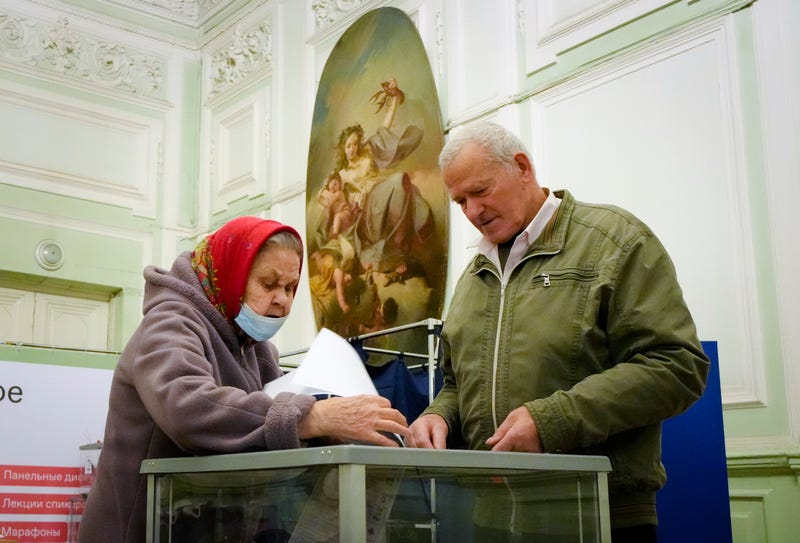 MOSCOW (AP) — The head of Russia's Communist Party, the country's second-largest political party, is alleging widespread violations in the election for a new national parliament in which his party is widely expected to gain seats.

Late Saturday, a YouTube video in which associates of imprisoned opposition leader Alexei Navalny recommended whom to vote for in order to undermine the dominant United Russia party was blocked in Russia. The video remained accessible through non-Russian servers.

Communist Party chief Gennady Zyuganov said Saturday — the second of three days of voting in the election — that police and the national elections commission must respond to reports of “a number of absolutely egregious facts” including ballot-stuffing in several regions.

The United Russia party, which is diligently loyal to President Vladimir Putin, appears certain to retain its dominance in the State Duma, the lower house of parliament. Still, some projections suggest the party could lose its current two-thirds majority, which is