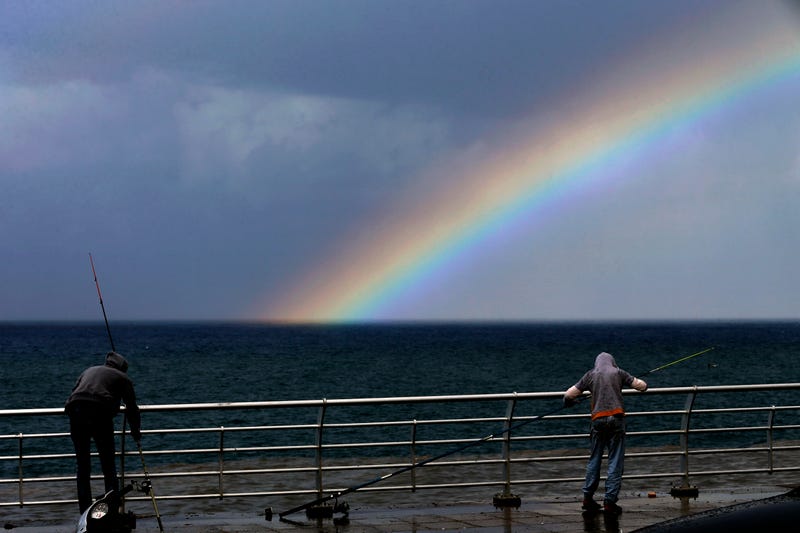 DUBAI, United Arab Emirates (AP) — The Middle East is expected to see significant economic growth this year, but also soaring inflation and food prices, as coronavirus vaccines are unevenly rolled out across the region, the International Monetary Fund said Tuesday.

The lender's new report projects the region's economies will grow by around 4%, while inflation will reach 17% this year in oil-importing countries. It said the situation is particularly dire in countries already facing severe economic crises, such as Lebanon and Afghanistan. The IMF said globally, inflation is rising in part due to pandemic-related supply shortages.

Food prices have soared to their highest level since 2014, with an expected increase of nearly 28% in 2021. Oil prices have also risen, with Brent crude trading Tuesday at nearly $85 a barrel — levels not seen since 2014. While a positive sign for exporters like Iraq, Libya and Gulf Arab states, this is a costly spike for importers.

"This has affected, because of the nature of the inflation, affected the low income and the vulnerable groups more than others. And this is why we’re calling for a cautious approach and the right mix of policies to avoid this increase in prices this year,” IMF director of the Middle East and Central Asia, Jihad Azour, said.

Across the Middle East, about 7 million more people are estimated to have entered extreme poverty over the course of 2020, compared to the fund’s projections before the coronavirus pandemic. The IMF warned that uneven recovery from the global health crisis could lead to “a permanent widening of existing wealth, income, and social gaps and, ultimately ... less inclusive societies.”

In one example of that uneven recovery, the Gulf Arab oil-exporting nations of Saudi Arabia, the United Arab Emirates, Kuwait, Oman, Bahrain and Qatar will see inflation peak at just 2.8% this year compared to the the Mideast's oil-importing nations, where average inflation will climb to 17% in 2021 before dipping to just under 10% in 2022, according to the IMF's forecast.

The lender also found that the average unemployment rate in the region increased from 9.4% before the pandemic to 10.7% in 2020. The IMF said this represents the second largest regional increase globally after Central and Latin America. The hardest-hit sectors were low-skilled workers — particularly those unable to do their jobs remotely — as well as women, young people and the millions who work in the informal sector and lack formal workplace protections such as health insurance, pensions and contracts.

Overall, the six Gulf Arab oil producing nations saw an average 4.8% contraction in their economies last year, but the IMF projects 2.5% growth for 2021 and an even bigger 4.2% growth for 2022. These nations, which have accelerated their vaccination drives, are forecast to have a total $220 billion in public deficits and forthcoming debt service payments.

Oil importers, which include the Mideast's most populous nation of Egypt, did not see as sharp a contraction as regional oil producers last year. Rather, they are expected to see 3% growth in their economies this year and 4.3% growth in 2022.

The IMF said the region, including Afghanistan, Pakistan and some Central Asian nations, has secured 576 million vaccines. This suggests a shortage of