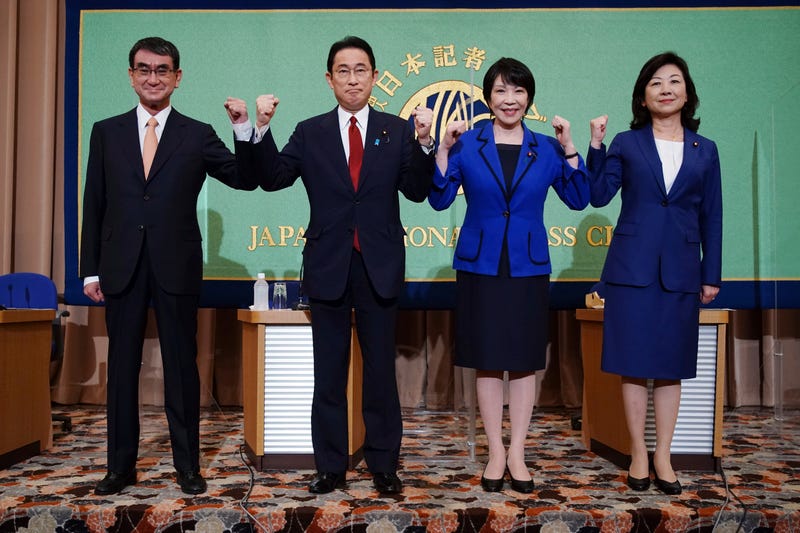 TOKYO (AP) — The stakes are high as Japanese governing party members vote Wednesday for four candidates seeking to replace Yoshihide Suga as prime minister. The next leader must address a pandemic-battered economy, a newly empowered military operating in a dangerous neighborhood, crucial ties with an inward-focused ally, Washington, and tense security standoffs with an emboldened China and its ally North Korea.

For the long-governing Liberal Democratic Party that often chooses its leaders in backroom negotiations, this election promises to be wide open. Because of the party's control of parliament, its leader will become prime minister.

Takaichi, with the crucial backing of Suga's predecessor, former Prime Minister Shinzo Abe, whose conservative vision and revisionist stance she supports, has risen fast, while Noda’s chances are fading.