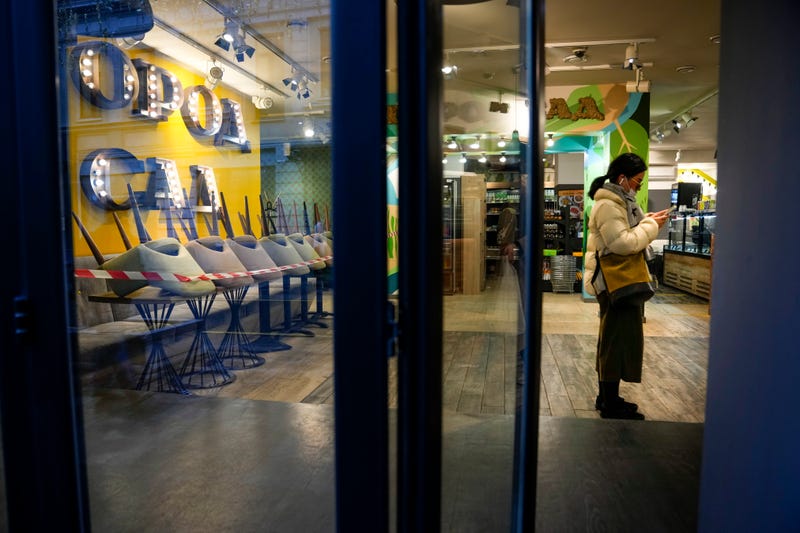 MOSCOW (AP) — Moscow city authorities on Thursday ordered most people to stay off work for at least 11 days to stem coronavirus infections, as new daily cases and deaths from COVID-19 in Russia surged to all-time highs.

The government's coronavirus task force reported 1,159 deaths in 24 hours, the largest daily tally since the pandemic began. The official death toll from the pandemic, by far the highest in Europe, now stands at 235,057. But the state statistics agency, which tallies deaths more broadly, has reported about 418,000 COVID-19 related deaths as of Aug. 1.

Either way, it puts Russia among the worst-hit nations in the world during the pandemic.

To slow the spread of the virus, Russian President Vladimir Putin has ordered a nonworking period from Oct. 30 to Nov. 7, when most state organizations and private businesses are to suspend operations. He encouraged Russia's worst-hit regions to start sooner, and some ordered most residents off work earlier this week.

Access to museums, theaters, concert halls and other venues is limited to people holding digital codes on their smartphones to prove they have been vaccinated or recovered from COVID-19, a practice that will remain in place after Nov. 7.

The number of new daily cases in Russia rose by 40,096 on Thursday, topping a previous record reached earlier this week. The government hopes keeping most people out of offices and public transportation could curb the spread, but many Russians quickly sought to take advantage of the surprise time off for a seaside vacation.