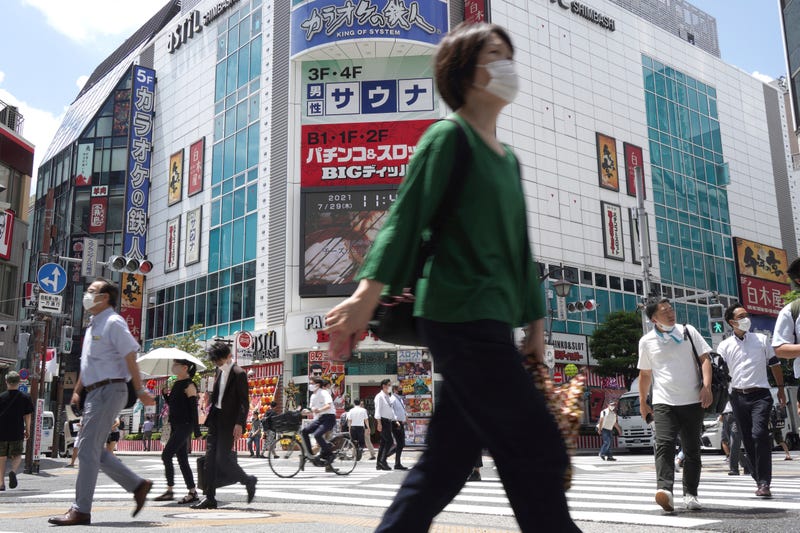 “I don’t think there have been any cases related to the Olympic Games. So we aren’t worried about that issue,” he said.

Koike said the medical system was under severe stress, and noted that experts have projected cases in Tokyo could exceed 4,500 a day by mid-August.

Koike noted that adults in their 30s or younger dominate recent cases and reminded them of following basic anti-virus measures including mask-wearing and avoiding having parties.

“I would like young people to be aware that the delta strain is a very tough, dangerous enemy," she said.

She also urged those below 64, who are largely unvaccinated, to get their shots as soon as their turn comes.