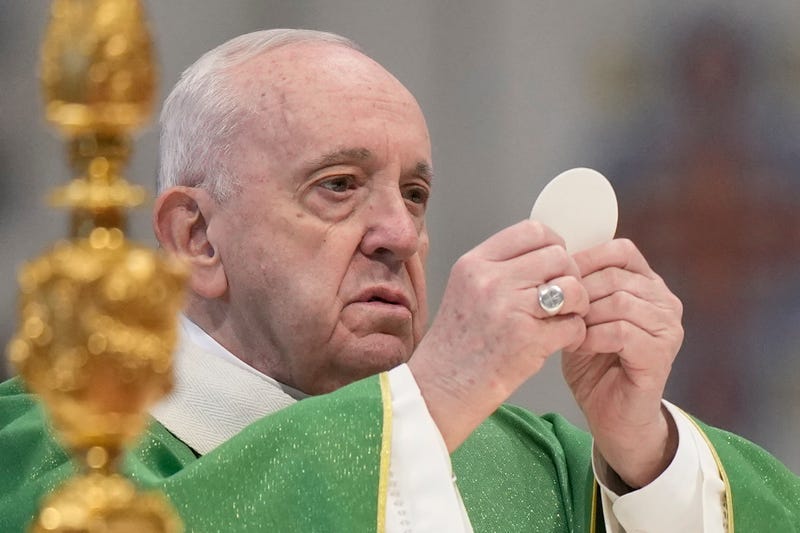 VATICAN CITY (AP) — Pope Francis on Sunday expressed his concern over “rising tensions” in Ukraine that threaten peace, and called for political talks that put at the center “human brotherhood instead of partisan interests."

“I am following with concern the rising tensions that threaten to inflict a new blow to peace in Ukraine, and put in question the security in Europe with even wider repercussions," Francis said.

Francis called for a day of prayer for peace on Wednesday so that political talks may focus on “human brotherhood instead of partisan interests,” adding “those who pursue their own goals to the detriment of others despise their own human vocation because we have all been created as brothers.”