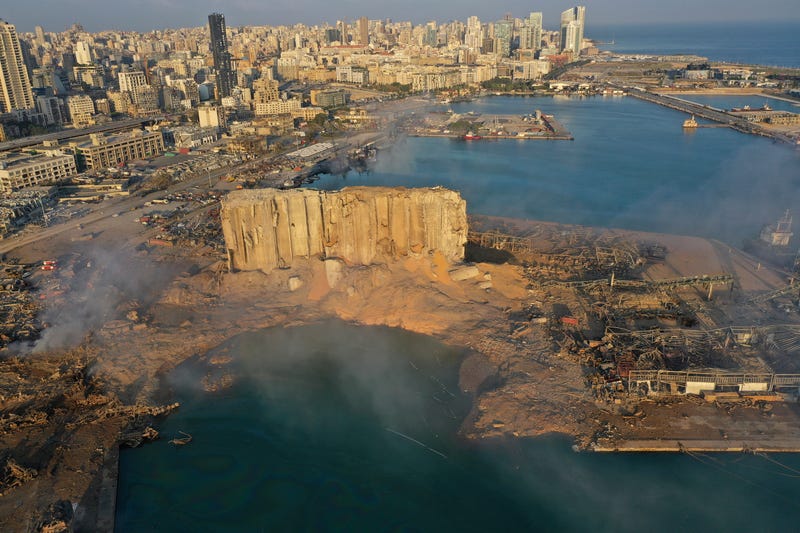 BEIRUT (AP) — Senior Lebanese officials knew of the risks posed by the highly explosive material stored for years at Beirut’s port and did nothing to protect the public against it, an international human rights group said Tuesday.

In a report on last year's massive blast, Human Rights Watch said those same officials are now trying to thwart the investigation. It called for targeted sanctions against implicated officials and an international probe.

The report comes as Lebanon marks one year since the horrific Aug. 4 blast that ripped through Beirut, killing at least 214 people, injuring more than 6,000 and destroying or damaging thousands of homes and businesses. The explosion was preceded by a huge fire at a port warehouse after hundreds of tons of improperly stored ammonium nitrates detonated.

A year later, the investigation has yet to answer questions such as who ordered the shipment of the chemicals and why officials ignored repeated internal warnings of their danger.

In the 650-page report titled “They Killed Us from the Inside,” the New York-based group published scores of documents and exchanges between Lebanese officials about the ammonium nitrates haphazardly stored for nearly six years at the port.

“The actions and omissions of Lebanese authorities created an unreasonable risk of life,” the report said, adding that under international human rights law, a state’s failure to act to prevent foreseeable risks to life is a violation of the right to life.

In addition, HRW said evidence strongly suggests some government officials foresaw the possible devastation from the nitrate's presence and tacitly accepted the risk. “Under domestic law, this could amount to the crime of homicide with probable intent, and/or unintentional homicide,” it added.

The report names senior leaders, including President Michel Aoun, then-Prime Minister Hassan Diab, a former Lebanese army chief, senior security officials and several ministers among others who were informed of risks posed by the nitrates in the middle of a densely populated commercial and residential area but failed to take the necessary actions to protect the public.

Lebanese officials have acknowledged they knew about the nitrates and either claim they pursued the matter after learning about it, or they say they didn't, because it was not within their jurisdiction.

HRW said a lack of judicial independence, constitution-imposed immunity for high-level officials, and a range of procedural and systemic flaws in the domestic investigation rendered it “incapable of credibly delivering justice.”

Aya Majzoub, a researcher on Lebanon at HRW, said “all the individuals named in the report knew of the dangers posed by the material and had a responsibility to act and failed to act under international law."

“That’s a grave human rights violation. It’s a violation of one of the most basic rights, the right to life,” she told The Associated Press.

The Rhosus, the ship that carried the 2,750 tons of ammonium nitrate to Lebanon in 2013, was su