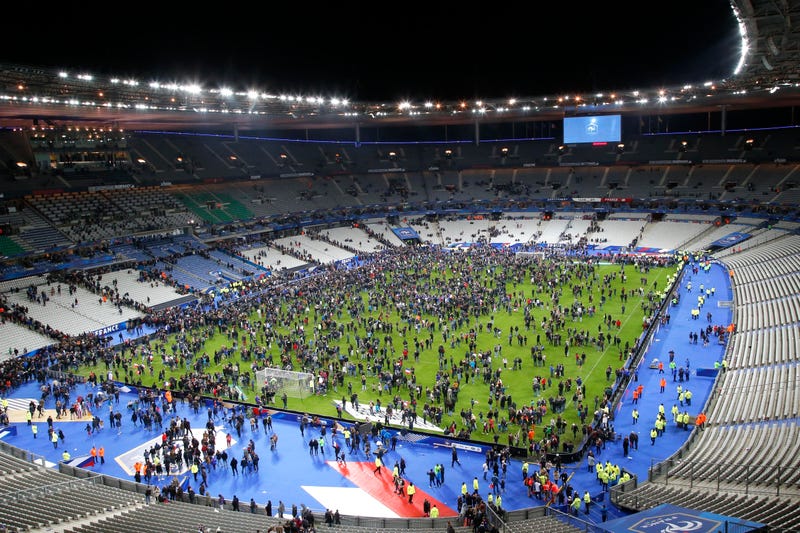 When they spotted each other just outside the security perimeter “I was the one weeping in my son’s arms. I was devastated. He had never seen his father cry,” Mokono testified. Adrenaline carried him through the night but by the next day the injuries to his shoulder and legs were overwhelming.

Mokono half-turned to the stand where the defendants sat quietly.

“I am Muslim. I pray five times a day and when I hear people say we’re doing this for Allah … The first rule is not to kill,” he said. “I have a hard time forgiving. I know I’ve been taught to forgive, but it is difficult.”

Another victim, who has avoided speaking publicly about the attack, said she went from a hard-charging fearless young women into someone she barely recognized. She held up a plastic vial containing shrapnel that was pulled out of her and handed it over to the judges.

“I didn’t want my life to be built around this, that this event that so radically changed my life become the essential of who I am,” she said. And yet, she added, it has robbed her of her closest relationships, as well as series of jobs that she can no longer hold down as the sounds of the city appear intolerable to her.

“The only answer was to move to the country, but I found in the country that the reality of the attacks wasn’t the same as for people in Paris,” she said. “They would say ‘Oh the stadium, something happened there, right.’ People don’t know, they don’t really care. It happened to someone else.”

The only person to die that night was Manuel Dias, a Portugue