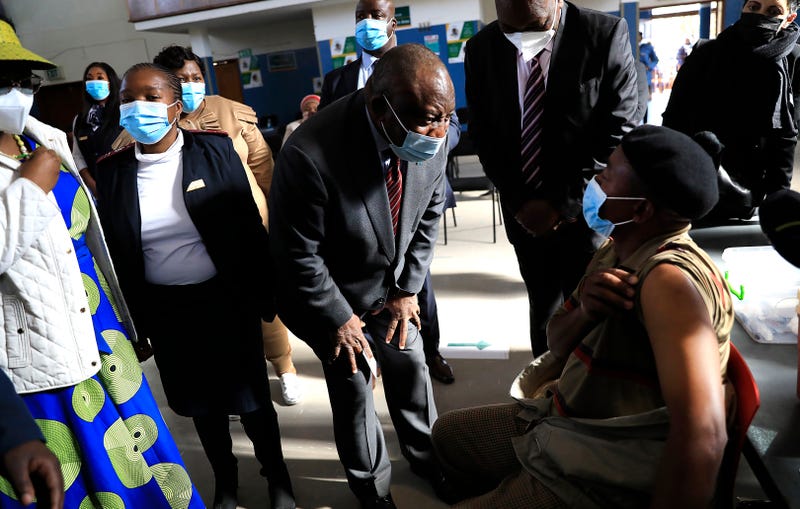 A local firm, Aspen Pharmacare, is assembling the J&J vaccines from large batches of the ingredients and putting them into vials, a process called fill and finish. The factory in Gqeberha can produce more than 200 million J&J doses which will be distributed across the continent.

Pfizer has announced that the Biovac Institute in Cape Town will assemble its COVID-19 vaccines in the same fill and finish procedure. Both Pfizer and J&J have agreed that eventually the South African production facilities will be able to manufacture the vaccines from scratch.

The most recent surge of infections, driven by the delta variant, brought President Cyril Ramaphosa to tighten restrictions, including limiting the sales of liquor to Monday through Thursday, to reduce the number of people going to hospital emergency rooms after alcohol-related incidents. Ramaphosa recently visited vaccination sites in the capital, Pretoria, to encourage people to ge