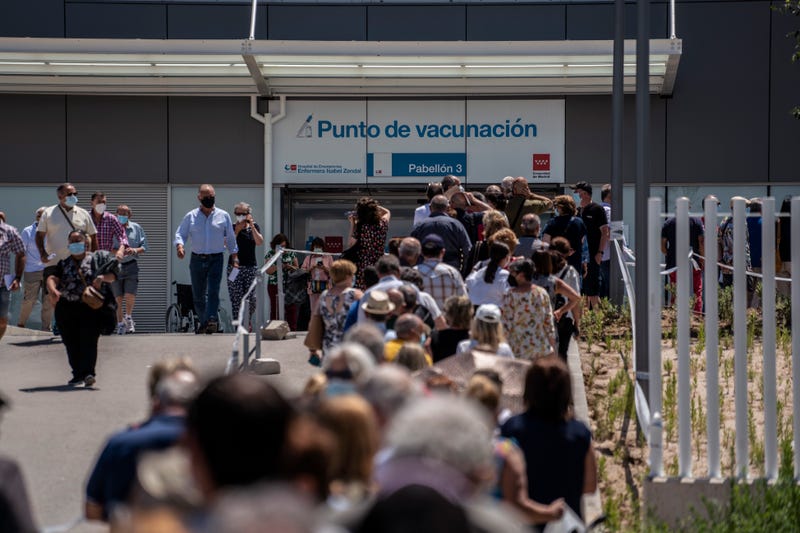 BARCELONA, Spain (AP) — Like many of Spain’s 20-somethings, Sergio Rosado has seen the new, more contagious coronavirus strain strike those too eager to cut loose when authorities rolled back health restrictions with vaccinations picking up pace.

But the 22-year-old student shares the country's widespread public trust in the vaccines, and Rosado plans to get his shots as soon as his turn comes.

“I have friends that have caught COVID-19 at big parties. Lots of people I know have caught it,” Rosado said. “I did go out too, but to places without many people and in controlled spaces, and with face masks.”

Spain, like its fellow European Union members, got off to a slow start in administering shots compared to Britain and the United States after regulators approved the first vaccines. But once deliveries by drugmakers started flowing to meet demand, the country quickly made up ground.

After only fully vaccinating 10% of its adults from January until the end of April, now nearly 54% of its adults, around 25 million people, have received two vaccine jabs, making Spain one of the inoculation leaders in the 27-nation European Union.

The program is built on Spain’s efficient public health care system, a well-ordered vaccination plan that stuck strictly to age groups, and a populace confident in the safety of childhood immunizations and therefore largely resistant to skepti