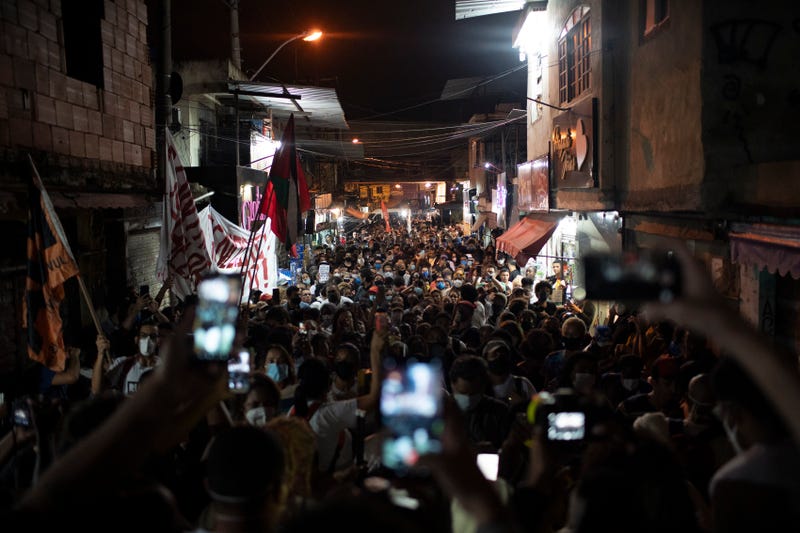 In a telephone interview with The Associated Press on Saturday, Supreme Court justice Marco Aurélio Mello said the May 6 raid should be investigated, but didn’t say whether it violated the earlier ruling. Rather, he said that the court’s ruling should have been reviewed as the pandemic persisted.

“The decision stemmed from an assumption that the injunction would be temporary and there would be an obstacle for a few months,” he said. “The state is the law. Trafficking really needs to be fought.”

Three other justices from the 11-member court agreed with Mello that the issue must now be revisited. They spoke with the AP on condition of anonymity given the sensitive nature of the issue.

Authorities said one police officer and 27 people described by the police as criminals died in the raid. Residents and activists claimed human rights abuses.

Last year’s Supreme Court ruling came after police fatally shot a 14-year-old in a home where there was no indication of any illegal activity. It caused a decline in police operations throughout the middle of last year, as reflected by a plunge in the number of shootouts reported by Crossfire, a non-governmental group that monitors violence, and in official state data on deaths resulting from police intervention. But both indicators have crept back up to around pre-pandemic levels.

Rio’s police claim that the May 6 operation in the Jacarezinho favela of Rio’s north zone was the result of 10 months of intelligence gathering. It issued 21 arrest warrants, but only arrested three of the targets.

Justice Mello said that the action in Jacarezinho cannot be classified as “intelligence work,” given how many deaths it produced. He said an investigation should be brought to the federal level.

“We don’t have the death penalty here. Criminals need to be arrested. We must obstruct the entry of weapons in Brazil, but it is not possible to have an event of this magnitude and think that there isn't something out of context,” he said.

“Today in Rio, we have the use of force without respect for legal limitations,'' he said. “When you have an operation with almost 30 dead, something has gone wrong.''