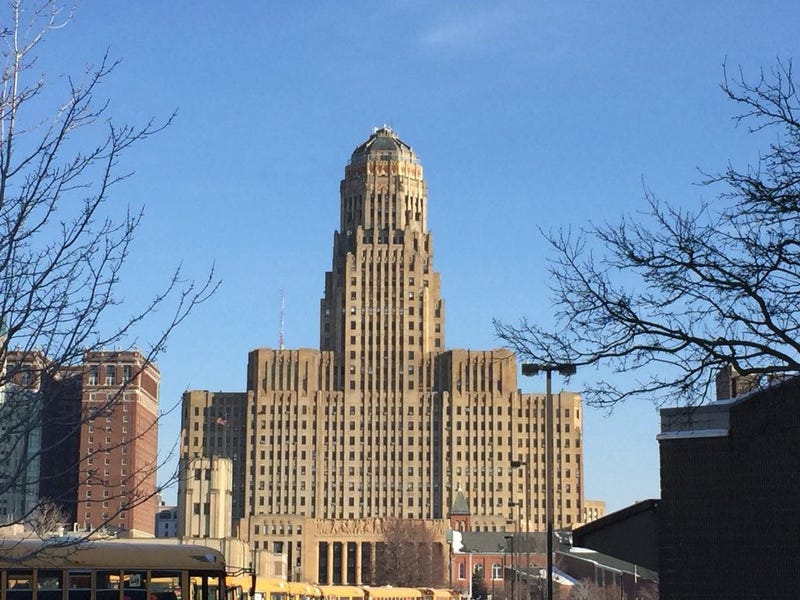 BUFFALO, N.Y. (WBEN) – After a stroke two years ago caused a Buffalo man named “Mike” be to laid off from his job, he said his water was turned off because he could no longer make payments and had to prioritize where whatever money he was making went, such as his mortgage and groceries.

“The water was off for about 16 months,” Mike said Thursday in a news conference held by Buffalo organizations including PUSH Buffalo, Partnership for the Public Good, Center for Elder Law and Justice, and more.“At that time I was only receiving about $260 a week. My roof leaks and I can’t afford to get it replaced, so I collected the rain water in buckets to flush the toilet. I would buy water to do dishes, showers, and for drinking. Before the water was turned back on, I could not find water.”

His water was turned back on by the City of Buffalo on March 20, where he can now enjoy things like taking a shower.

Buffalo Water has a moratorium on shutting off water for people, but now organizers are asking for city officials to better communicate how people can get water restored and to take proactive steps to restore water for those who lost it.

“In this emergency situation, we can’t afford any more delay,” Andrea O Suilleabhain, Executive Director of Partnership for the Public Good, said. “This group of partners came together and came up with a list of six very practical steps the city could take to show this time that restoring water to its residents is a top priority.”

“These are real common-sense and not heavy-lift steps,” O’ Suilleabhain said. “For us, this would actually show the City of Buffalo is taking the lack of water seriously and show that they consider it a top priority.”

Mayor Byron Brown announced on March 16 that Buffalo Water will restore service during the pandemic to those who had it turned off for extended non-payment. They continue to ask for residents without running water to contact them at 847-1065 and are asking advocacy groups to also communicate with the city about residents in need of help.

Buffalo Water Chairman OJ McFoy told WBEN that they are running two crews each day from 8 a.m. to 10 p.m. to restore water to those who need it during the pandemic. Multiple crews are on standby to help those needing water turned on.

“We would expect that there would be hundreds of people in this situation when the coronavirus crisis started,” O’ Suilleabhain said.