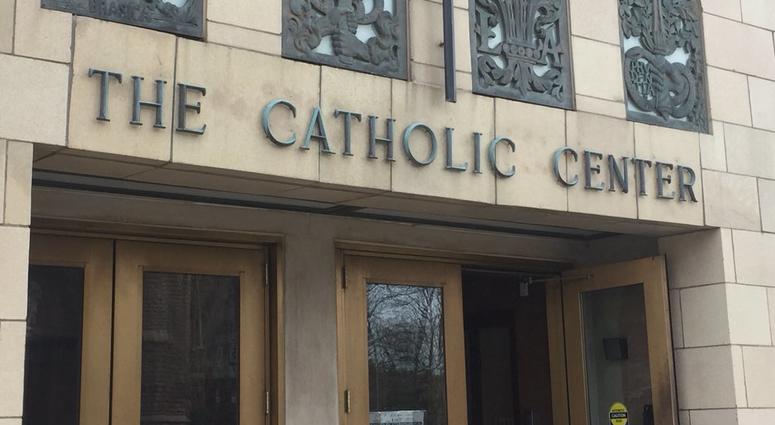 Buffalo, N.Y. (WBEN) - The Catholic Diocese of Buffalo in a late night statement Tuesday shed some light on the recent placement of Father Jeffrey Nowak on administrative leave.

In recent weeks, Matthew Bojanowski quit studies at Christ the King Seminary over claims the diocese took no action against Father Jeffrey Nowak. Earlier this month, Bishop Richard Malone issued a statement saying there was no coverup in response to allegations of abuse by Nowak.

In the statement released late Tuesday the diocese says Nowak twice refused to undergo a behavioral assessment which was ordered by the Bishop Richard Malone.

The statement also indicates that Bishop Malone asked his secretary, Father Ryszard Biernat, to take a personal leave of absence to spare him possible embarrassment during the investigation over a letter father Biernat wrote.

Following is the complete statement released by the diocese.

Last month the diocese released a statement regarding Fr. Jeffrey Nowak which said that media reports inaccurately stated that Bishop Malone had engaged in a “cover-up” and “done absolutely nothing” in response to allegations of inappropriate conduct on the part of Fr. Nowak. The diocese stands by that statement, which is attached here.
Since that statement was released, there have been two significant developments in the investigation of the Fr. Nowak matter. First, Fr. Nowak ultimately twice refused to undergo the behavioral assessment that Bishop Malone had directed him to pursue. As a result, Bishop Malone placed Fr. Nowak on administrative leave, removing his faculties to function as a priest. He will remain on leave as the investigation continues.
Second, because it was apparent that the publicity around the Fr. Nowak investigation might lead to the publication of a letter written by Bishop Malone’s Secretary, Fr. Ryszard Biernat, to a seminarian, Bishop Malone suggested that Fr. Biernat take a personal leave of absence from his assignment as the Bishop’s Secretary and Vice Chancellor. Bishop Malone’s motivation for this suggestion was in the hope that such a move might avoid embarrassment to Fr. Biernat and the diocese.
Some are questioning why Bishop Malone did not act more quickly to take action against Fr. Nowak when Bishop Malone considered him to be a “sick” man.
First, as noted in the August press release, the diocese had never received – and still has not received – any allegation that Fr. Nowak ever engaged in sexual contact with anyone, child or adult. While the diocese did receive allegations of questionable behavior – behavior which was concerning enough to Bishop Malone that he felt Fr. Nowak needed a professional assessment – the diocese was and is aware of no behavior that threatened harm to the public.
While much of the delay can be attributed to the complexity of the allegations and the unwillingness of some involved to cooperate fully, the truth is that Bishop Malone was also hoping to prevent the public scandal that could well arise from publication of the letter written by Fr. Ryszard.