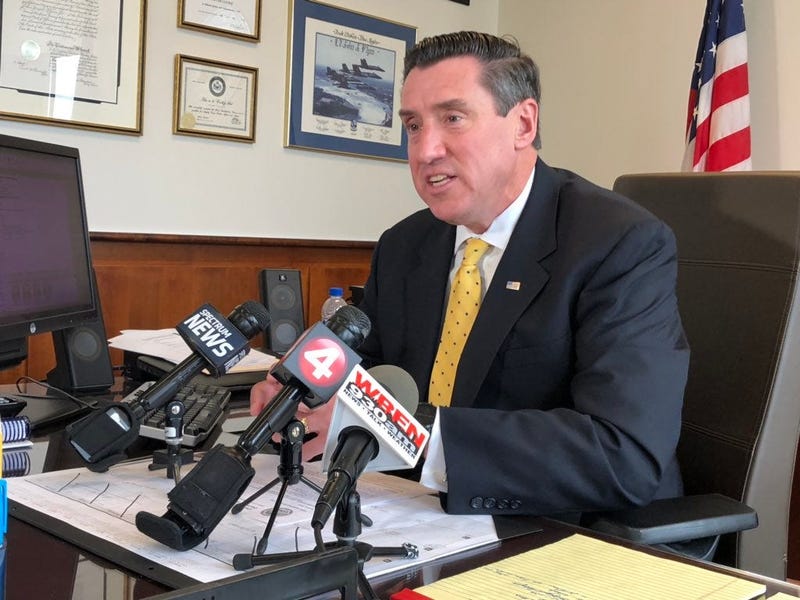 (WBEN) Erie County District Attorney John J. Flynn has announced that more than a dozen defendants with 45 days or less remaining on their sentences will be released from Erie County jails in an effort to reduce inmate populations and combat the spread of COVID-19.

Erie County DA Flynn consented to a motion filed by the Legal Aid Bureau of Buffalo requesting, in the interest of justice, that individuals who have 45 days or less remaining on their sentence at either the Erie County Holding Center or the Erie County Correctional Facility be released from custody.  The order was granted by Erie County Court Judge Susan Eagan on Monday afternoon.

A total of 17 defendants who were convicted of low-level, non-violent offenses will be released. Those crimes include petit larceny, drug possession, and criminal mischief.

From the DA's Statement:

“The only way to combat this virus is by distancing ourselves from one another. While the number of people in our jails has been significantly reduced under bail reform, I understand the potential for COVID-19 to spread quickly among inmates and correctional facility employees. In the interest of justice and public health, I believe it is best for these defendants to serve the remainder of their sentence at home,” said Erie County District Attorney John J. Flynn.

The Erie County District Attorney’s Office continues to review bail applications submitted by defense attorneys on behalf of pre-trail detainees.  The DA’s Office will consent or oppose those motions on a case-by-case basis.