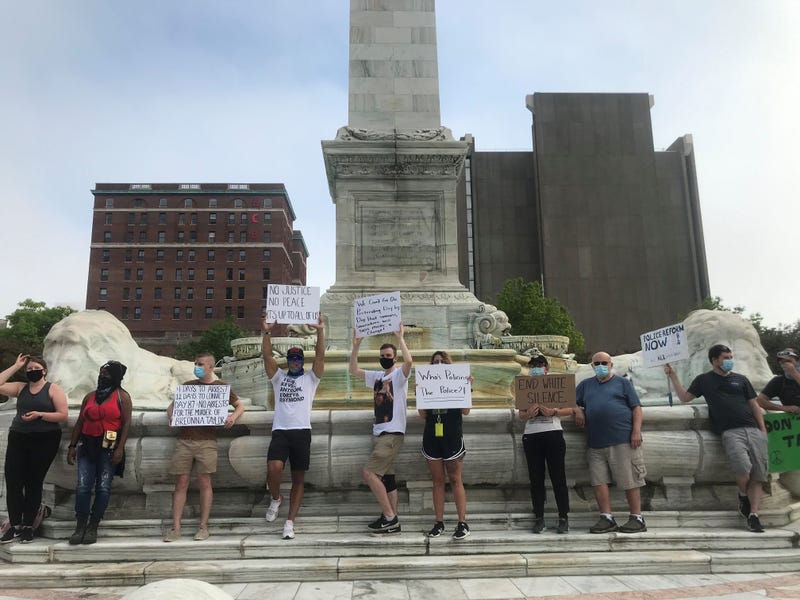 Brown says when Buffalo Police Commissioner Byron Lockwood saw video of the officers shoving Martin Gugino, an immediate internal investigation was started, and Lockwood immediately suspended the officers without pay. "I am not calling for the officres to be fired. I want the investigation to be conducted. I don't want to jump ahead of the investigation. It is very important for officers to know they are getting due process," says Brown.

Brown says there is a contingency plan in place for this weekend. "I thank Commissioner Lockwood and his management team, working with law enforcement partners. I thank Governor Cuomo for bringing in a large contingent of State Police, embedded with Buffalo Police.

Brown says when curfew is closing in, police give protesters several warnings, and then police move in when the curfew arrives.  Brown says Gugino was asked to leave several times by police.

"He was in the area after the curfew. One of the things that happened before was conflict among protesters and there was a danger of fights breaking out, and police felt it was important to clear that scene for the safety of protesters," notes Brown. Brown says the situation was volatile, there is a potential for people getting injured. "The instructions from police management was be careful, protect our residents and peaceful protesters and use common sense," adds Brown. The curfew will remain in effect from 8pm to 5am until Monday morning.