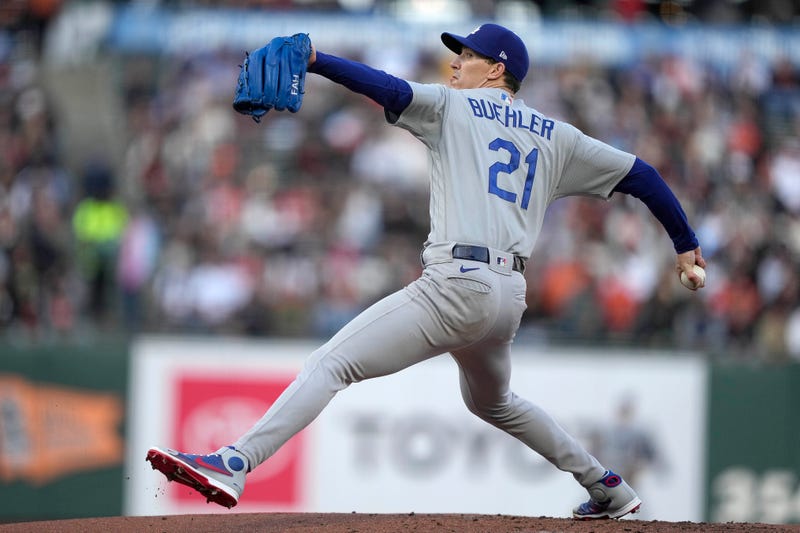 The All-Star right-hander pitched three-hit ball over seven dominant innings for Los Angeles to extend his mastery of the San Francisco Giants in an 8-0 victory Wednesday night.

“He’s been huge,” Roberts said. “We all know how good he is in October. The challenge for him, the next level, was to put it together in the regular season. He’s done that to this point. To throw 100 pitches and go deep into games with the consistency, it’s been a big bonus considering all that we’ve had to go through this year.”

The Dodgers had lost three straight against their division rivals and were three games behind the first-place Giants in the NL West before Buehler’s gem on his 27th birthday.

Buehler (11-1) baffled the Giants with an effective mix of his four-seam fastball, sharp cutter and knuckle curve. He had eight strikeouts – three looking – and walked two.

“(Catcher Will Smith) did a really good job of keeping me on both sides of the plate and moving the ball around,” Buehler said. “It’s a big series against a team that’s leading the division. A big win for us.”

Buehler, whose only loss this season came against the Cubs on June 24 when the Dodgers were shut out, improved to 7-0 lifetime against the Giants. In five starts versus San Francisco this season, he is 3-0 with a 0.79 ERA.

The pitcher also drove in a run with a fielder’s choice grounder in the seventh.

“He’s nasty,” Dodgers outfielder AJ Pollock said. “He’s just dialed in. It doesn’t look like a fun at-bat up there for anyone. He’s fun to watch.”

The Giants managed five singles and had only two runners reach second base – one when Buehler bounced a full-count pitch past Smith in the sixth.

“He has good stuff,” Giants cleanup hitter Wilmer Flores said. “I got only one mistake and it was a fly ball. When you’re facing pitchers like that you have to be ready for that mistake. If you miss it it’s going to be a long game like today.”

The Dodgers batted around and chased starter Anthony DeSclafani (10-5) in the third. Justin Turner had an RBI single and Smith tripled to drive in two more. Pollock bounced a two-out single up