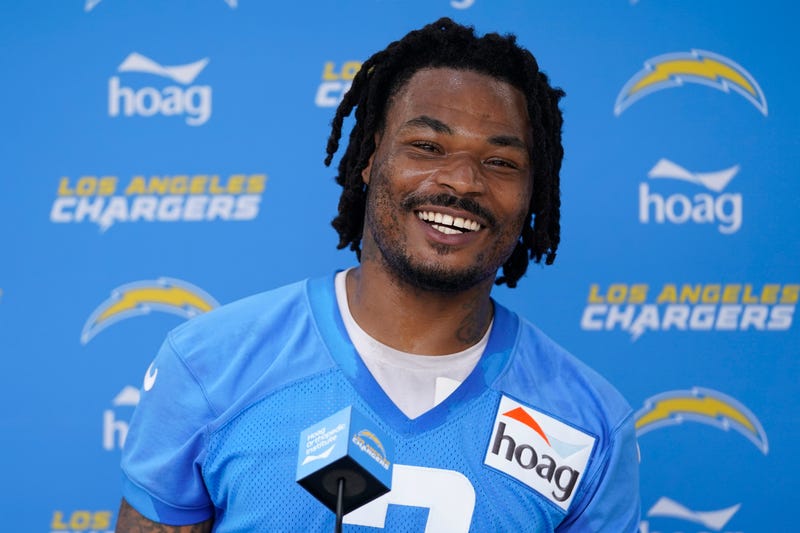 The deal includes $42 million in guaranteed salary. James is going into his fifth season and was expected on the field when the Chargers begin two days of joint practices with the Dallas Cowboys. He did not participate in the first two weeks of practice and took part only in walkthroughs as the two sides worked on an extension.

The Chargers have spent nearly $112 million in guaranteed salaries since the end of last season to improve a defense that was 23rd overall and near the bottom in key categories, including run defense, third down conversions and points allowed after halftime.

James — the defensive signal-caller in the huddle — will be counted on as the leader of a unit that made significant upgrades over the offseason. Los Angeles signed cornerback J.C. Jackson, defensive linemen Sebastian Jones-Day, Austin Johnson and Morgan Fox and edge rusher Kyle Van Noy, along with trading for linebacker Khalil Mack.

James — the 17th overall pick in the 2018 draft — didn’t participate in full-speed drills during the offseason program after having shoulder surgery once last season ended. He is cleared to go now that the contract issues are resolved.

James was an All-Pro selection as a rookie before being derailed the next two seasons because of injuries during training camp. A broken foot limited him to five games in 2019, and he suffered a season-ending knee injury in 2020.

Last season James bounced back and reclaimed his spot as one of the top safeties in the league. He was the eighth defensive player and first defensive back since 2000 to have more than 100 tackles (118) after being sidelined the previous year.

James also had two interceptions, a pair of sacks and three forced fumbles. He wore No. 33 his first four seasons before switching to No. 3, which he wore during high school and college.