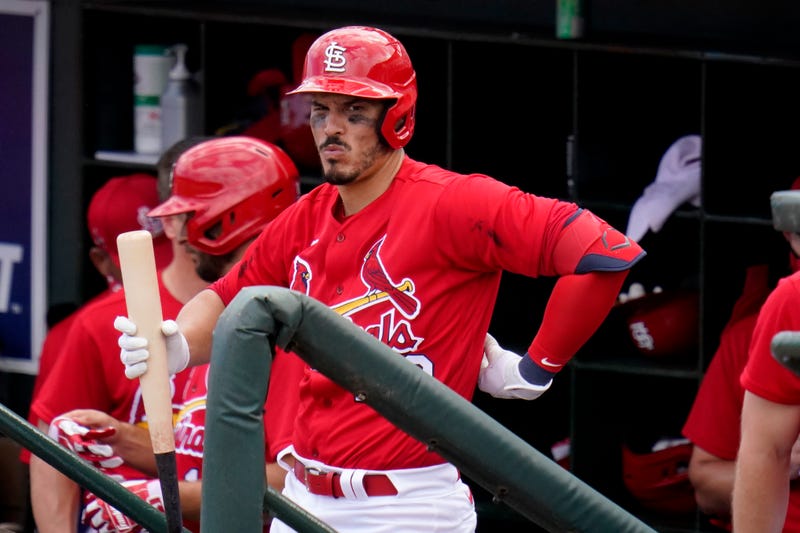 Nolan Arenado in his new Cardinal red, Mookie Betts back in Dodger blue. October breakout star Randy Arozarena with a hit in his first February at-bat, Buster Posey returning from an opt-out year.

And a socially distanced standing ovation for Trey Mancini.

All over spring training, baseball enjoyed a bevy of reassuring signs Sunday on the opening day of Grapefruit and Cactus league play.

Including people in the seats, albeit in numbers limited by COVID-19 protocols.

The Toronto-Yankees game at Steinbrenner Field in Tampa, Florida, drew 2,637, close to its permitted maximum of 2,800 in a park that holds over 10,000. A little farther south in Sarasota, the Pittsburgh-Baltimore opener crowd of 1,705 was officially listed as a sellout.

“I’m glad we got some of the fans back,” Yankees slugger Luke Voit said.

Many top names were in play, too.

Jazz Chisholm of the Marlins and Adam Haseley of the Phillies did even better — they led off games with home runs.

Say, what’s all this talk about a deadened ball?

A change easily noticeable: shortened games. Major League Baseball is letting teams cut these early exhibitions down to five innings if they want, coming after a season in which the coronavirus forced clubs to alter workouts and play only 60 times.

The Chicago White Sox and Milwaukee stopped after six innings in Arizona. The only Florida game to go nine was Washington-St. Louis, and tied 4-all.

Around the diamonds, Marcus Semien, Andrew Benintendi and Elvis Andrus made their exhibition debuts for new teams and Todd Frazier homered for Pittsburgh.

Not many aces on the mound on the first day — Jack Flaherty, Nathan Eovaldi and Iván Nova were among the familiar names limbering up, and they each got tagged.

By far, the most touching scene involved Mancini.

After producing 35 home runs and 97 RBIs for the Orioles in 2019, he seemed primed for even bigger things. But after playing just five exhibitions last year, he needed to end his season to have surgery for colon cancer.

When Mancini came up in the first inning against Pittsburgh, he drew a nice round of applause as he approached the batter’s box and waved to the crowd at Ed Smith Stadium. The cheers kept growing, with pitcher Chad Kuhl stepping off the mound and umpire Will Little cleaning the plate to prolong the salute.

Mancini took off his helmet to acknowledge a standing ovation that included the fans, the Orioles and the Pirates.