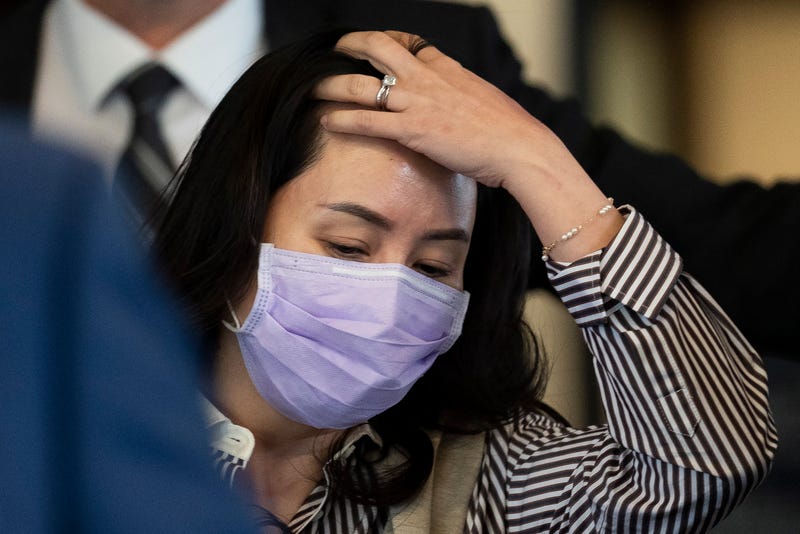 Canada arrested Meng Wanzhou, the daughter of Huawei’s founder, at Vancouver’s airport in late 2018. The U.S. wants her extradited to face fraud charges. Her arrest infuriated Beijing, which sees her case as a political move designed to prevent China’s rise.

The U.S. accuses Huawei of using a Hong Kong shell company called Skycom to sell equipment to Iran in violation of U.S. sanctions. It says Meng, 48, committed fraud by misleading the HSBC bank about the company’s business dealings in Iran.

Defense lawyer Scott Fenton said the case against Meng hinges on an August 2013 PowerPoint presentation made to a HSBC executive during a lunch in Hong Kong.

In making its case the U.S. accuses Meng of failing to inform HSBC during the presentation that Huawei controls Skycom.

Fenton argued that the U.S. tried to prove its point using selected slides. But if the full presentation is viewed, Meng said Huawei had a “normal and contro