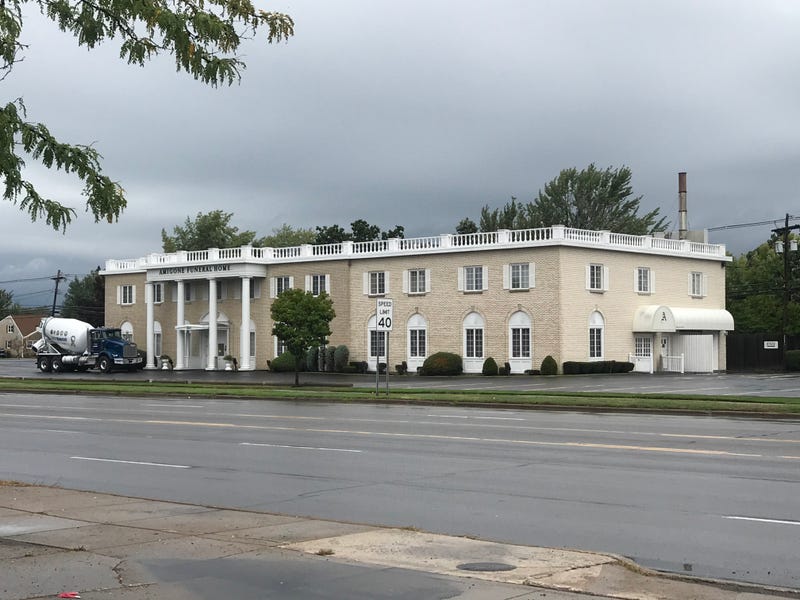 Tonawanda, N.Y. (WBEN) - Lawmakers in the Town of Tonawanda are voicing concerns after the New York State Department of Environmental Conservation has cleared the way for the reopening of the Sheridan Park Crematory.

The crematory, operated by Amigone Funeral Homes, was temporarily shut down after a September incident caught in a photo showing a dark plume of smoke rising from the facility. 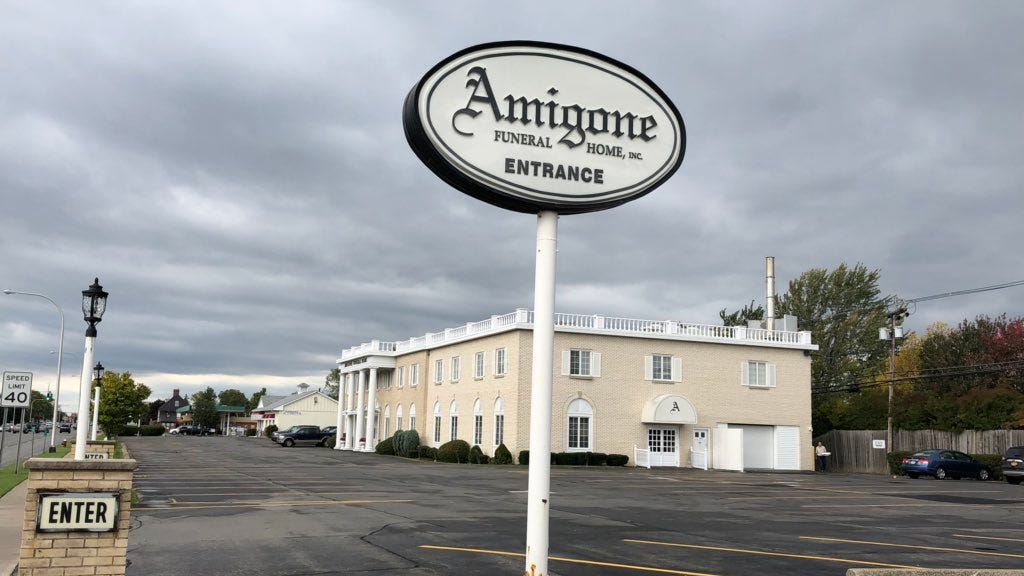 The crematory was fined $7500 by the DEC and would face an additional $3000 fine if strict new operating guidelines are not adhered to by the operators.

A contingent of New York State lawmakers and town council members joined together in September to call on the DEC to permanently revoke the crematory’s permit and force its relocation. While the procedures implemented by the DEC are seen as a positive step, local leaders and some neighbors of the facility still believe further action should be taken.

“While the fine and new consent decree from the DEC are a good first step, I'm not convinced that Amigone's crematory should be able to continue to operate, with the health and safety of Tonawanda residents at risk,” said State Senator Sean Ryan.

“Clearly, the crematory at Amigone was in the wrong, or it wouldn’t have been made to pay a fine to New York State,” State Assemblyman Bill Conrad said. “While I’m happy to see the DEC listened to our concerns about the crematory and instituted additional regulations, I’m disappointed that the neighbors only received a brief reprieve from the fumes and debris – and are now left bracing themselves for the next incident. It seems to me that even with these increased
regulations our community will not be adequately protected.”

Under the DEC consent order with Amigone, the crematory has installed new mechanics and software designed to reduce pressure inside the exhaust stack, which may help prevent and mitigate the discharge of smoke. They have also installed a monitor that will continually check the temperature inside the stack and revised their operating procedures to allow the manufacturer to shutdown the plant in an emergency. A stack test is to be conducted next week, with emissions samples being sent to DEC for analysis.

Amigone’s Sheridan Park Crematory, located at 2600 Sheridan Drive, was shut down in 2012, for violations of its state permit. It installed new pollution controls and was allowed to reopen in 2018. Still, neighboring residents have said the crematory regularly spews forth noxious odors and ashy particulate that diminish the quality of their lives and pose threats to their health.

WBEN has reached out to Amigone for comment on the DEC decision and concerns raised by lawmakers.

1/3 TB member @Shannon_Patch noticed something that obviously wasn’t right earlier today. She sent me the pic below of what she saw at the Amigone Crematory. I immediately contacted the DEC who had had someone out to the site within a hours to investigate. Late this afternoon pic.twitter.com/GWbfK1guRR