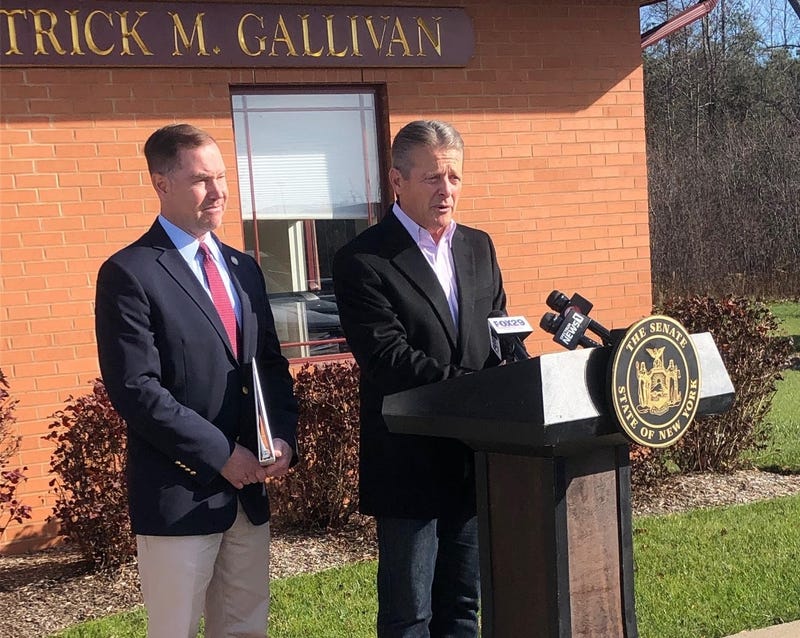 Buffalo, NY (WBEN) New York State Senator Patrick Gallivan has introduced legislation calling on executive powers to be curbed, by requiring heads of counties and cities to ask their governments for an extension.

The bill would impose a cap and require local chief executives and health boards to get approval from the respective legislative branch of government to extend an emergency declaration.

"This bill will ensure that no one person can exercise unlimited control by declaring a disaster situation or state of emergency,” Senator Gallivan said. “Executive orders should never be used to circumvent the legislative process or limit the input of elected representatives. This bill will better hold local governments accountable for such orders and appropriately limit the scope of disaster declarations in the future."

Gallivan is being joined by State Senator Ed Rath in the proposal.

“For more than a year, New Yorkers dealt with a Governor who abused his authority and issued mandate after mandate, hiding behind emergency powers and states of emergency to bypass legislative oversight,” says Rath.

“Now, we are faced with the same situation in Erie County. Whether it is Mark Polocarz or any other county administrator, these decisions should not be made without consultation and participation of legislative bodies, Residents are prepared to take the steps they feel necessary to protect themselves and their neighbors, but they also expect decisions to be made in a transparent manner, based on public metrics with a clear path forward.”

Gallivan's bill would maintain a maximum of 30 days for a disaster declaration issued by a chief executive and establish a 5-day maximum for orders issued by a local board of health.

The orders could only be extended pursuant to the approval of the elected county legislative body or governing board of a town, village or city. He adds it would amend the state’s executive law and the public health law.