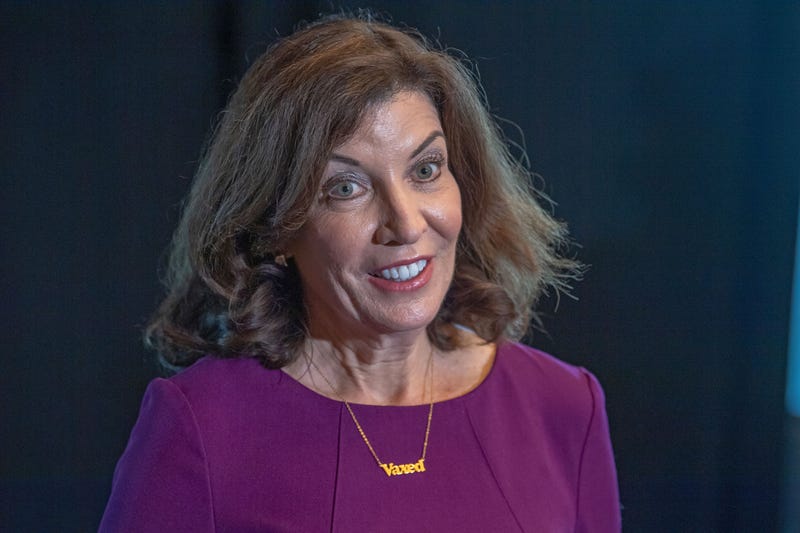 (WBEN) - New poll numbers show the Governor Kathy Hochul has a sizable advantage over potential primary challengers, but still has work to do to gain voter approval on several issues.

Despite the positive primary news, Hochul's job performance rating is now negative 43-45%, down from 44-37% in September.

Only between 27 and 42% of New Yorkers give Hochul positive grades on five different issues. The Governor receiving an overall negative grade on strengthening New York's economy.

When asked about individual state issues, voters polled said that reducing crime was a much higher priority than ensuring more New Yorkers get vaccinated or beginning the recreational sale of marijuana.

“While it may not be surprising that Republicans, Democrats and independents don’t agree on the importance of addressing systemic racism or ensuring more New Yorkers get vaccinated, it should be noted that when it comes to the importance of reducing crime and reimbursing landlords for lost rent, there is virtually no difference of opinion among Democrats, Republicans and independents,” said Steve Greenberg of Siena Research.