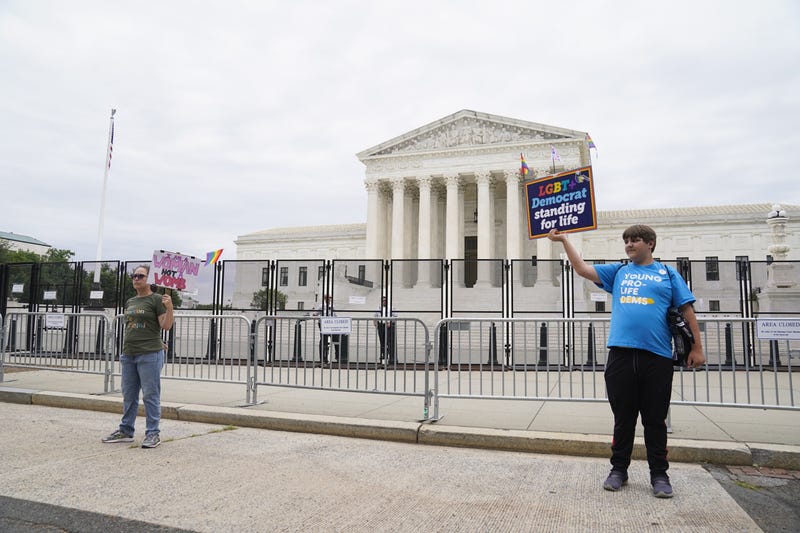 BUFFALO, N.Y. (WBEN) With two highly anticipated rulings expected from the US Supreme Court before the end of its current term, two constitutional law experts were asked about the process of releasing decisions.

"Traditionally, they release their decisions when they are ready," said
Peter Yacobucci from SUNY Buffalo State. "But what we've seen under Chief Justice John Roberts, is that the most controversial decisions, always seem to be held to the very last day, or the last two days of the term."

Yacobucci said under Justice Roberts, the release of decisions appears to
coincide with political timelines, not just when the decisions are done. "It's not just coincidental that the most sought after cases come out at the very end," he said.

Canisius College constitutional law professor Robert Klump thinks there's another reason for decisions coming out at the end of the term. "These are the issues that take the court the longest to decide, as the justices exchange drafts and opinions between chambers."

Professor Yacobucci has been in D.C., previously, for the final release day. "You can see the justices driving out of the back of the building in their cars for the summer. And that's how they want it. They don't want to be answering questions on these decisions while other decisions are pending."

After a leaked draft opinion, court watchers expect the Supreme Court will overturn part or all of the half century-old Roe Vs Wade decision guaranteeing women the right to abortion.

Yacobucci said if the basis for Roe v Wade is faulty, as Justice Samuel Alito's draft suggests, then the right to privacy is also on very thin ice. And, if the right to privacy goes down, then a whole bunch of other rights are then on very shaky ground. "This could be the beginning of a ground shift within the court," he added.

Has the Supreme Court's image taken a hit with the leaked draft opinion in May? "There's always been criticism of the Supreme Court," said Klump. "But I would agree the last couple of years there has been greater controversy, mostly centered around abortion."

Klump noted that the justices have become more public in recent years. "There is a school of thought that the justices should tend to their own business and do formal lectures, but stick to more neutral topics."

With 13 remaining decisions to be released, Yacobucci expects at least one will be released Thursday at 10am.

It's Yacobucci's opinion that all of the decisions will be released by the end of June, adding, "the only people that know the court's schedule, are those who work for the chief justice."