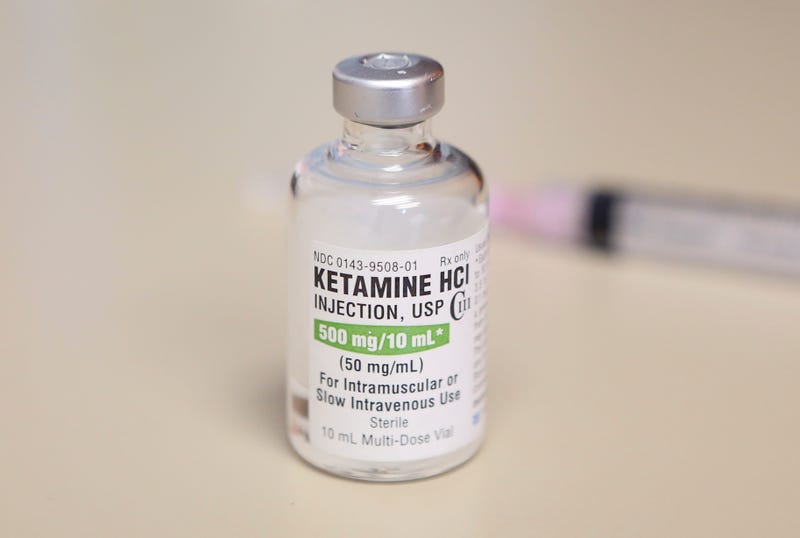 DENVER (AP) — Colorado’s health department announced Wednesday that emergency workers should not use a condition involving erratic behavior by people as a reason to inject them with the drug ketamine. The announcement came two years after the fatal arrest of a Black man in suburban Denver who had been injected with the drug.

Most states and agencies allow ketamine to be administered when people exhibit “excited delirium,” or agitation typically associated with chronic drug abuse, mental illness or both. The drug is used as a sedative and is supposed to be fast-acting with limited side affects.

Officially, ketamine is used in emergencies when there’s a safety concern for medical staff or the patient. But the use of the drug by paramedics drew renewed scrutiny after the death of Elijah McClain, who was diagnosed with excited delirium and injected with ketamine after being stopped by police in August 2019.

The report done by an expert medical panel found that determining if a person is experiencing excited delirium is open to interpretation and has been “associated with racial bias against African American men.”

“It has subjective and non-medical criteria such as hyper-aggression, increased strength and police noncompliance — all of which are very subjective and inherently biased,” said Dr. Lesley Brooks, a family and addiction medicine physician on the panel.

Locally, Colorado advocates also angered by racial injustice took to the streets in the name of McClain, the 23-year-old man who was stopped by Aurora Police officers responding to a 911 call about a suspicious person wearing a ski mask and waving his arms. Police put him in a chokehold twice and multiple officers pressed their body weight on him. Paramedics injected McClain with ketamine, and he died less than a week later.

Colorado's health department last year announced an expert panel would review the state’s ketamine waiver program. The program allows emergency medical service directors to get the waivers allowing their personnel to use ketamine outside hospital settings, such as in ambulances.

The panel recommended that paramedics administer ketamine only when there are no other safe options to monitor, treat or transport patients, or when patients show “serious, probable, imminent threat of bodily harm to self or others.”

One focus of the panel was an examination of bias and structural racism that affects paramedics' decision-making leading up to injecting people with ketamine, according to the report.

“Given the dialogue that our country has been having ... we understand that bias exists in a variety of places both implicit and explicit and it exists in health care,” Dr. Brooks said.

She added that the panel wanted to ensure that field personnel like paramedics “aren’t exempt from needing to understand where bias happens and how it plays out in the care that they deliver."

The recommendations came after the September indictments of three Aurora Police officers and two Aurora Fire paramedics on various charges including manslaughter, second-degree assault and criminally negligent homicide in the McClain case.

The paramedics called to the scene with McClain incorrectly estimated his weight, giving him more than 1.5 times the dose he should have received, officials have said. McClain got 500 milligrams because they thought he weighed 220 pounds (99.8 kilograms).

He was only 140 pounds (63.5 kilograms) and should have received 315 milligrams, the officials said. McClain suffered cardiac arrest and was later declared brain dead and taken off life support.

The panel also addressed dosing requirements for ketamine and suggested paramedics use a standard, fixed dose “based on the patient’s body stature rather than a strictly weight-based dose.”

The panel's experts also emphasized the importance of immediately monitoring people who receive ketamine with physiological assessments and physical exams.

The report also emphasized the need for more training on the interactions and communication between police and emergency workers at the same scenes.

That would involve clear guidance on the roles of emergency workers and police and the ability of paramedics to have authority for medical decisions without input from police.

Nieberg is a corps member for the Associated Press/Report for America Statehouse News Initiative. Report for America is a nonprofit national service program that places journalists in local newsrooms to report on undercovered issues.