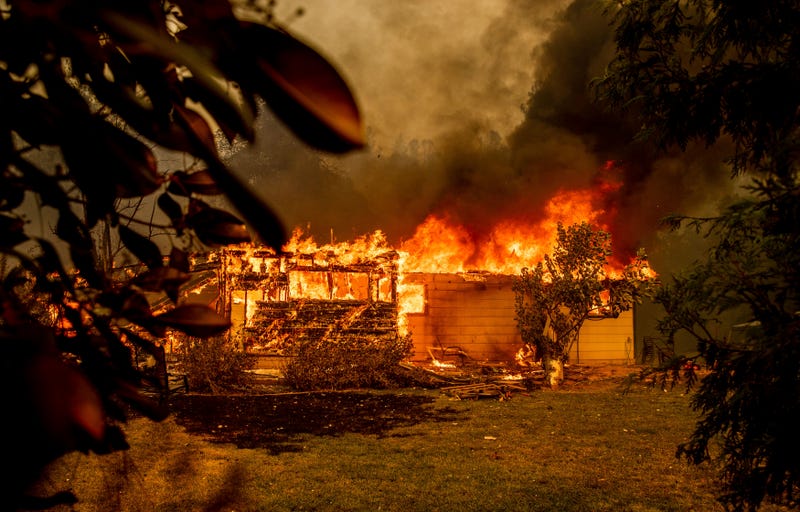 REDDING, Calif. (AP) — Damage assessment teams went out Saturday to determine how many buildings have burned in a forest fire that has displaced thousands of residents in Northern California.

Firefighters working in steep, drought-stricken terrain hope calmer weather over the next few days will help as they battle the Fawn Fire north of the city of Redding.

“We’ve gotten fortunate in the last day or so,” fire spokesman Scott Ross said. “The winds have kind of lessened, and we’re able to get in there and get a lot of work done.”

Initial assessments found that at least 100 homes and other buildings had burned, officials said. But that number was likely to change as teams go street by street surveying the destruction in the Mountain Gate area. It wasn’t immediately known when the damage assessment would be completed.