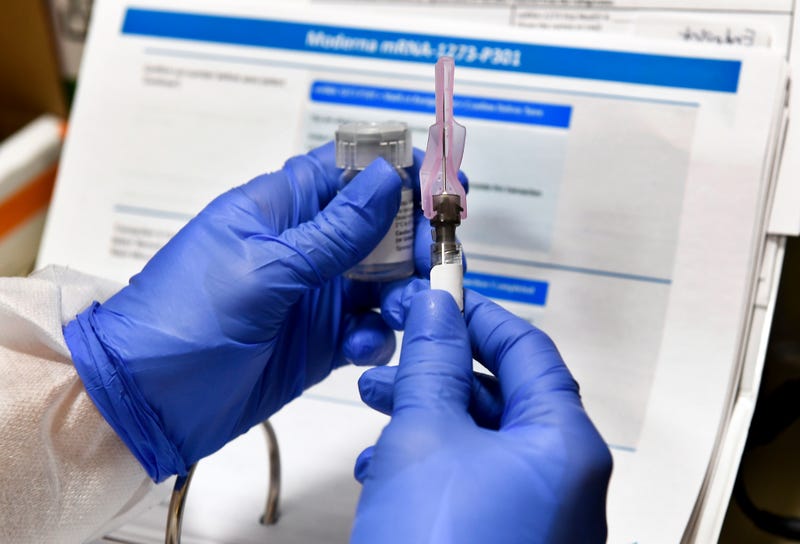 WASHINGTON (AP) — Scientific advisers told U.S. regulators Thursday they’re concerned that allowing emergency use of a COVID-19 vaccine could damage confidence in the shots and make it harder to ever find out how well they really work.

The Food and Drug Administration may have to decide by year's end whether to allow use of the first vaccines against the coronavirus. Facing growing public fears that politics may override science, the FDA took the unusual step of assembling more than a dozen independent scientists to review if its standards are high enough to judge the shots.

The panelists generally supported guidelines for the vaccines that the FDA recently issued, over White House objections. Those guidelines define exact safety and effectiveness criteria that will be required if companies seek special permission to use their vaccines before massive final studies are complete.

While they were divided on some of the details, the advisers said it's critical those tests are finished — especially since a vaccine offered early by definition is still experimental and may come with little evidence of how well it protects some of the people at highest risk, including older adults and minorities.

“There's only one chance to do this,” said Sheldon Toubman, a Connecticut lawyer and the panel's consumer representative. “If we do it wrong, then we're done for.”

FDA's Dr. Doran Fink agreed the agency's approach will be a balancing act between gathering the strongest data to tell if the shots are safe and effective for at least some Americans while also “being able to make an impact on the pandemic in as reasonable an amount of time as possible.”

The daylong deliberations also were a chance for FDA to pull back the curtain on the highly technical process it uses to evaluate vaccines and try to assure the public that science, and not pressure from the Trump administration, will ultimately decide. That confidence will be critical to efforts to vaccinate millions of Americans. A recent poll by The Associated Press shows only 46% of those surveyed want to get a COVID-19 vaccine and another 29% are unsure.

“Vaccine development can be expedited. However, I want to stress that it cannot — and must not — be rushed,” Dr. Marion Gruber, director of FDA’s vaccine research office, told the advisers.

Thursday’s meeting wasn’t to evaluate any particular shots. The FDA has pledged to reconvene its advisers to publicly analyze every vaccine before the agency decides its fate. That decision time may be getting closer: One manufacturer, Moderna Inc., announced Thursday it has finished enrollment in the final study of its vaccine candidate.

Some key issues the advisers tackled:

HOW MUCH EVIDENCE IS NEEDED?

FDA is requiring manufacturers to do studies of at least 30,000 people to prove if a vaccine protects and how safe it is. Those studies must include adequate numbers of people at highest risk from COVID-19 -- older adults, minorities and anyone with other health problems.

FDA has made clear that any vaccine must be at least 50% effective. And it told companies they must track half their participants for at least two months if they get enough evidence to stop the trials early. That's about the time when major side effects crop up in other vaccines.

The panelists were divided over whether two months is enough — some wanted six.

And safety questions are growing as two of the four vaccines in final testing in the U.S., one made by AstraZeneca and the other by Johnson & Johnson, are temporarily halted to investigate possible side effects.

Those halts should be reassuring that the process works, said Dr. Hilary Marston of the National Institutes of Health: “We are finding these events because we are specifically looking for them.”

Moderna said Thursday that more than two-thirds of its trial participants had received their second dose and were working toward that two-month tracking. The company said it included sufficient groups that have borne the brunt of COVID-19: About a quarter of volunteers are over age 65, and 47% are from minority communities including more than 6,000 Hispanic and more than 3,000 Black participants.

WOULD EMERGENCY USE DERAIL FULL ANSWERS?

Normally when a study ends because of evidence that a vaccine is working, the participants who got dummy shots are offered the real thing.

But if FDA allows emergency use of a COVID-19 vaccine and participants in the placebo group are immediately offered the real shot, researchers may not be able to get answers about a long list of remaining questions, the agency's advisers warned.

Among the concerns: It may not be clear if the first vaccines prevent people from spreading the coronavirus or just from getting seriously ill. They so far haven't been studied in pregnant women, and tests are just beginning in certain children.

And with multiple shots in the pipeline — made with different technologies that each have pros and cons — the first approved may not be the best. Yet if the public perceives one vaccine works, they may be reluctant to help test another.

Dr. James Hildreth, president of Meharry Medical College, worried that putting out a vaccine that's been inadequately tested in African Americans will only increase distrust.

“That would be a total disaster,” agreed fellow adviser Dr. Luigi Notarangelo of the National Institutes of Health.

FDA acknowledged it will be hard to ensure that full testing is finished once emergency vaccinations begin.

“Once a decision is made to unblind an ongoing placebo-controlled trial, that decision cannot be walked back and that controlled follow-up is lost forever,” Fink said. Asked how to avoid losing that crucial information, he acknowledged: “I don’t have any specific remedies to offer at this time.”

It’s an unprecedented dilemma. The FDA has previously allowed emergency use of only one vaccine, a decades-old shot that in 2005 was authorized to prevent anthrax poisoning.

WHAT ABOUT LONG-TERM SAFETY MONITORING?