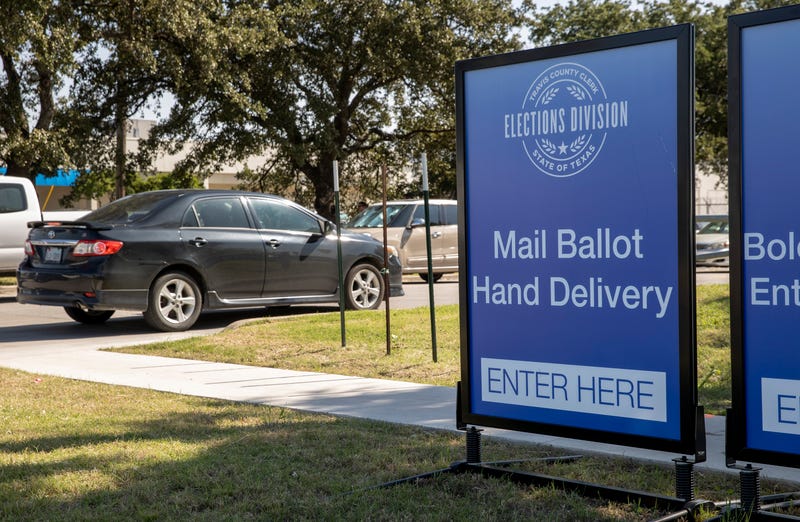 AUSTIN, Texas (AP) — Texas Gov. Greg Abbott on Thursday dramatically reduced the state's number of drop-off sites for mail-in ballots, a move the Republican said was needed to ensure election security, while Democrats quickly blasted it as a naked effort to suppress voters.

Abbott's order limits drop-offs to a single location per county starting Friday, shuttering dozens of sites statewide in some of Texas' largest cities — Democratic strongholds in a state run by Republicans — as voters are already returning ballots for the November presidential election, among others. The order also allows poll watchers to observe ballot deliveries at each place.

Trump has spread falsehoods about mail voting, suggesting without evidence that the process — which is surging in popularity during the coronavirus pandemic — was ripe for fraud.

Texas is one of just five states not allowing widespread mail-in voting this year, with polls showing unusually tight races in America’s biggest red state. Democrats could take over the state House of Representatives for the first time in 20 years.

Meanwhile, battles over voting access have intensified. Abbott has resisted calls to expand eligibility to vote by mail, and