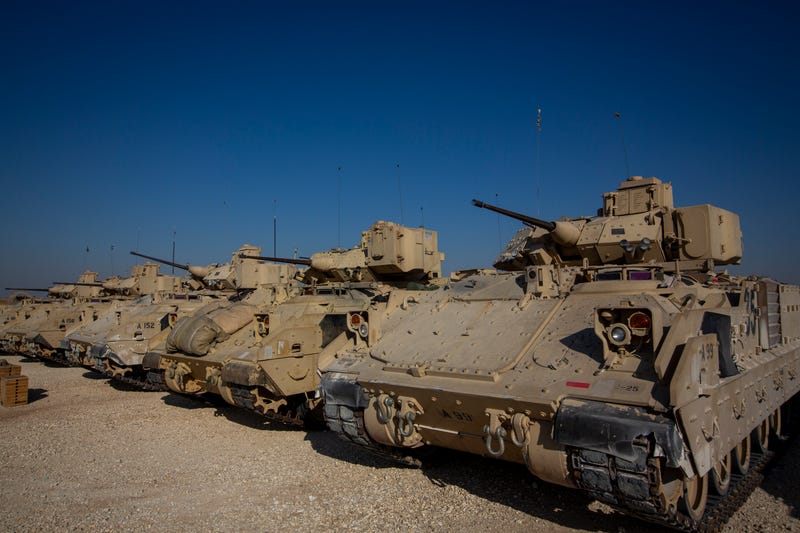 WASHINGTON (AP) — The U.S. has deployed additional troops and armored vehicles into eastern Syria after a number of clashes with Russian forces, including a recent vehicle collision that injured four American service members.

"The United States does not seek conflict with any other nation in Syria, but will defend Coalition forces if necessary,” said Urban.

A senior U.S. official said a half-dozen Bradley fighting vehicles and fewer than 100 additional troops were sent in to eastern Syria. The official, who spoke on condition of anonymity to discuss details of the military move, said the reinforcements are meant to be a clear signal to Russia to avoid any more unsafe and provocative actions against the U.S. and its allies there.

There have been a number of escalating incidents this year between U.S. and Russian forces who patrol in eastern Syria. The most serious was last month, when officials said Russian vehicles sideswiped an light-armored U.S. military vehicle, injuring four Americans. A U.S. official said at the time that two Russian helicopters also flew above the Americans, and one of the aircraft was within about 70 feet (20 meters) of the vehicle.