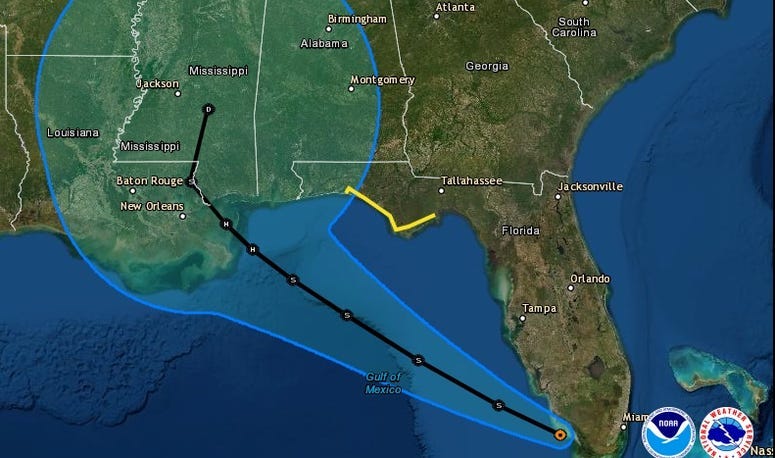 Forecasters now expect Tropical Storm Sally to become a category two hurricane in the Gulf of Mexico with 100 mph winds before heading for the New Orleans area.

The National Hurricane Center has issued a Hurricane Warning for the New Orleans area.

RELATED: Where to find sandbags

A Storm Surge Warning is in effect for Port Fourchon Louisiana to the Mississippi/Alabama Border including Lake Pontchartrain, Lake Maurepas, and Lake Borgne

A Storm Surge Warning means there is a danger of life-threatening inundation, from rising water moving inland from the coastline, during the next 36 hours in the indicated locations.

A Hurricane Warning means that hurricane conditions are expected somewhere within the warning area.  A warning is typically issued 36 hours before the anticipated first occurrence of tropical-storm-force winds. 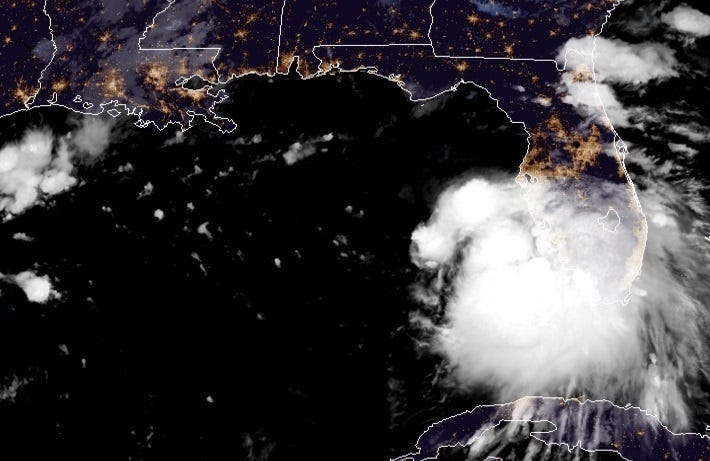 As of Sunday morning, "Air Force Reserve Hurricane Hunter aircraft indicate that maximum sustained winds have increased to near 50 mph with higher gusts. Further strengthening is expected over the next couple of days, and Sally is forecast to become a hurricane on Monday, with some additional strengthening possible through early Tuesday."

What will Sally's impact be?  Hurricane force winds, flooding rains and inundating storm surge outside of hurricane protection are possible.

The combination of a dangerous storm surge and the tide will cause normally dry areas near the coast to be flooded by rising waters moving inland from the shoreline.  The water could reach the following heights above ground somewhere in the indicated areas if the peak surge occurs at the time of high tide...

Tropical Storm Sally is expected to produce rainfall amounts of 6 to 12 inches with isolated amounts of 20 inches over portions of the Central Gulf Coast between the western Florida Panhandle and far southeast Louisiana from Monday into the middle of the week.

Rainfall of 4 to 8 inches is possible farther inland over portions of Mississippi and Alabama.

Sally is expected to be a slow moving system resulting in significant flash flooding near the Central Gulf Coast through the middle of the week. Flash, urban and rapid onset flooding along small streams, and minor to isolated major flooding on rivers is likely. 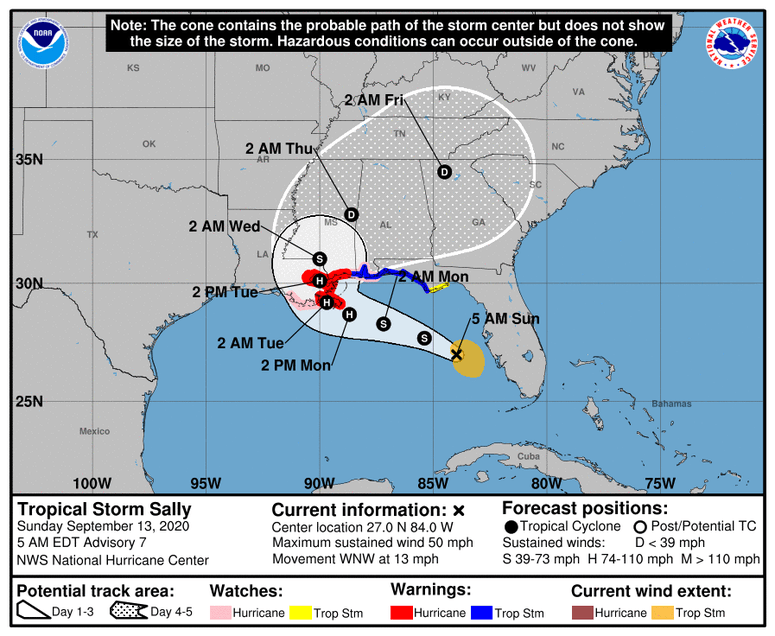