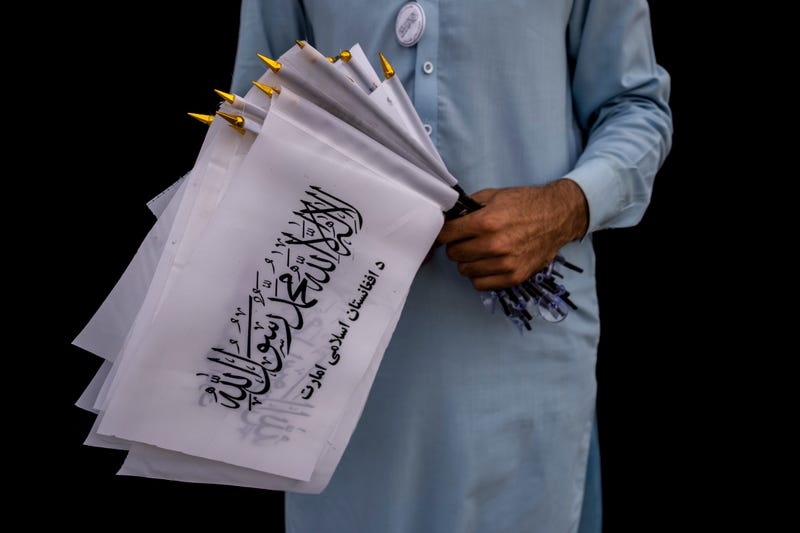 WELLINGTON, New Zealand (AP) — A pregnant New Zealand journalist says she turned to the Taliban for help and is now stranded in Afghanistan after her home country has prevented her from returning due to a bottleneck of people in its coronavirus quarantine system.

In a column published in The New Zealand Herald on Saturday, Charlotte Bellis said it was “brutally ironic” that she'd once questioned the Taliban about their treatment of women and she was now asking the same questions of her own government.

“When the Taliban offers you — a pregnant, unmarried woman — safe haven, you know your situation is messed up,” Bellis wrote in her column.

New Zealand's COVID-19 Response Minister Chris Hipkins told the Herald his office had asked officials to check whether they followed the proper procedures in Bellis's case, “which appeared at first sight to warrant further explanation.”

New Zealand has managed to keep the spread of the virus to a minimum during the pandemic and has reported just 52 virus deaths among its population of 5 million.

But the nation's requirement that even returning citizens spend 10 days isolating in quarantine hotels run by the military has led to a backlog of thousands of people wanting to return home vying for spots.

Stories of citizens stranded abroad in dire circumstances have caused embarrassment for Prime Minister Jacinda Ardern and her government, but Bellis's situation is particularly striking.

Last year, she was working for Al Jazeera covering the withdrawal of American troops from Afghanistan when she gained international attention by questioning Taliban leaders about their treatment of women and girls.

In her column Saturday, Bellis said she returned to Qatar in September and discovered she was pregnant with her partner, freelance photographer Jim Huylebroek, a contributor to The New York Times.

She described the pregnancy as a “miracle” after earlier being told by doctors she couldn't have children. She is due to give birth to a girl in May.

Extramarital sex is illegal in Qatar and Bellis said she realized she needed to leave. She repeatedly tried to get back to New Zealand in a lottery-style system for returning citizens but without success.

She said she resigned from Al Jazeera in November and the couple moved to Huylebroek's native Belgium. But she couldn't stay long, she said, because she wasn't a resident. She said the only other place the couple had visas to live was Afghanistan.

Bellis said she spoke with senior Taliban contacts who told her she would be fine if she returned to Afghanistan.

“Just tell people you’re married and if it escalates, call us. Don’t worry,” Bellis said they told her.

She said she sent 59 documents to New Zealand authorities in Afghanistan but they rejected her application for an emergency return.

Chris Bunny, the joint head of New Zealand's Managed Isolation and Quarantine system, told the Herald that Bellis's emergency application didn't fit a requirement that she travel within 14 days.

He said staff had reached out to Bellis about making another application that would fit within the requirements.

“This is not uncommon and is an example of the team being helpful to New Zealanders who are in distressing situations,” Bunny wrote.

Bellis said that pregnancy can be a death sentence in Afghanistan because of the poor state of maternity care and lack of surgical capabilities.

She said that after talking to lawyers, politicians and public relations people in New Zealand, her case seems to be moving forward again, although she has yet to be approved passage home.