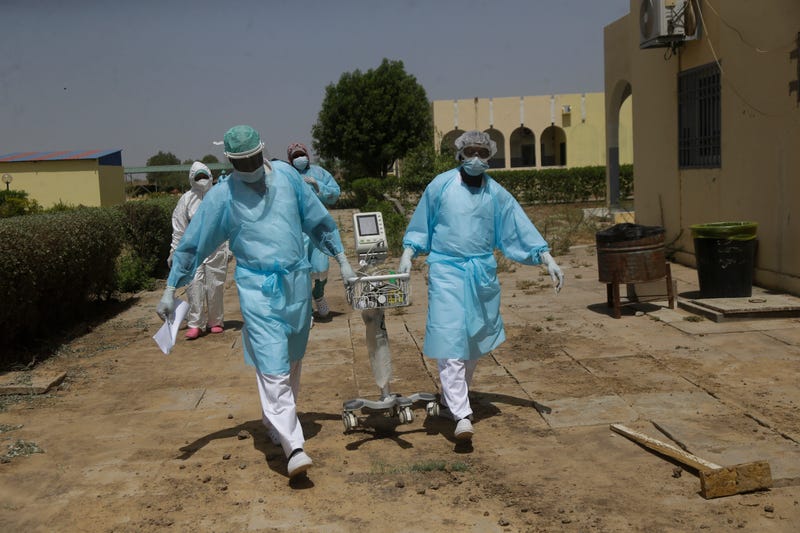 N'DJAMENA, Chad (AP) — At the small hospital where Dr. Oumaima Djarma works in Chad's capital, there are no debates over which coronavirus vaccine is the best.

There are simply no vaccines at all.

Not even for the doctors and nurses like her, who care for COVID-19 patients in Chad, one of the least-developed nations in the world where about one third of the country is engulfed by the Sahara desert.

“I find it unfair and unjust, and it is something that saddens me,” the 33-year-old infectious diseases doctor says. “I don’t even have that choice. The first vaccine that comes along that has authorization, I will take it.”

While wealthier nations have stockpiled vaccines for their citizens, many poorer countries are still scrambling to secure doses. A few, like Chad, have yet to receive any.

The World Health Organization says nearly a dozen countries — many of them in Africa — are still waiting to get vaccines. Those last in line on the continent along with Chad are Burkina Faso, Burundi, Eritrea and Tanzania.

“Delays and shortages of vaccine supplies are driving African countries to slip further behind the rest of the world in the COVID-19 vaccine rollout and the continent now accounts for only 1% of the vaccines administered worldwide,” WHO warned Thursday.

And in places where there are no vaccines, there's also the chance that new and concerning variants could emerge, said Gian Gandhi, UNICEF’s COVAX coordinator for Supply Division.

“So we should all be concerned about any lack of coverage anywhere in the world,” Gandhi said, urging higher-income countries to donate doses to the nations that are still waiting.

While the total of confirmed COVID-19 cases among them is relatively low compared with the world's hot spots, health officials say that figure is likely a vast undercount: The countries in Africa still waiting for vaccines are among those least equipped to track infections because of their fragile health care systems.

Chad has confirmed only 170 deaths since the pandemic began, but efforts to stop the virus entirely here have been elusive. Although the capital's international airport was closed briefly last year, its first case came via someone who crossed one of Chad's porous land borders illegally.