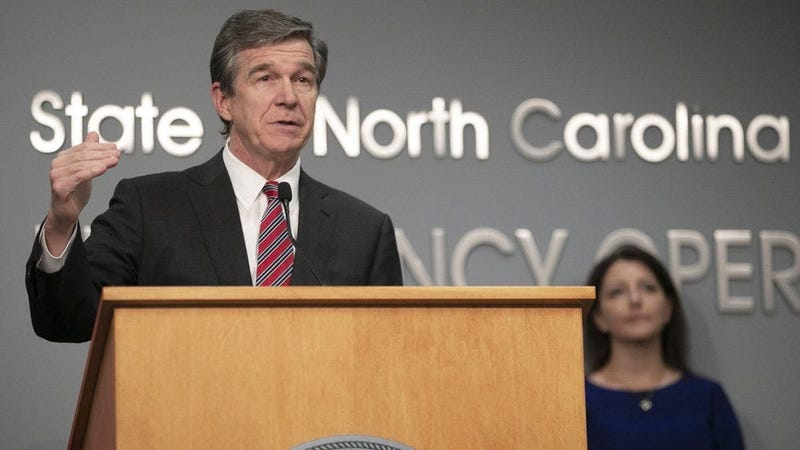 Republican state legislators are among those asking North Carolina Governor Roy Cooper to clarify his recent order on holding church services during the COVID-19 pandemic, which allows churches to hold socially distanced services that “shall take place outdoors unless impossible.”

Eighteen state Senators asked the governor to define “impossible.” The North Carolina Sheriff’s Association last week also passed a resolution asking Cooper to amend the executive order to allow indoor worship services if they adhere to similar requirements that allow for the operation of retail businesses.

Cooper’s staff has issued a document providing guidance for religious services during Phase One. It says there is no limit on the number of people that can attend outdoor worship or wedding services, and attendees should follow social distancing. Indoor worship services and weddings are allowed for gatherings of 10 people or fewer in the same confined space.

The document also says, “In situations where it is not possible to conduct worship services outdoors or through other accommodations – such as through, for example, a series of indoor services of ten or fewer attendees, or through online services – the ten-person attendance limit on indoor worship services does not apply. For example, there may be situations in which particular religious beliefs dictate that some or all of a religious service must be held indoors and that more than ten persons must be in attendance.”

During a Tuesday news conference, Cooper discussed the issue. “Some people are trying to compare this with retail,” Cooper said. “There’s a big difference. With retail, people are moving around and you don’t have as much a chance to spread the virus, a significantly greater chance when people are sitting or standing indoors and close together. We are aware of First Amendment rights and want to protect those and it is one of the reasons why permission has been given for outside services of more than 10 people if there is appropriate social distancing.”

Cooper continued, “What we’re hoping is that ministers and church leaders will put the health of their congregations at the head of their thinking here in consideration of each other, realizing that it is still dangerous to hold indoor services when more than 10 people are there and those people are closer together. We want to make sure that the people across the state are protected.”