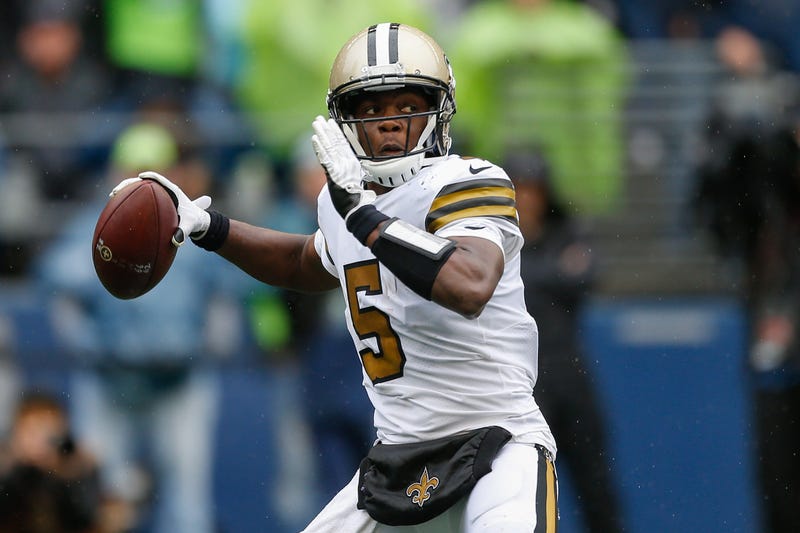 In a time of what seems like a rebuild for the Carolina Panthers, their newest free agent quarterback signing doesn't see it that way.

For Teddy Bridgewater, he says he’s always been a winner and that's how he expects it to continue.

"Everywhere I've gone I've won and I take pride in that,” he said. “That's the reason I play the game, to win. I want to become the best version of Teddy I can be and I'll just leave it at that."

Last season, Saints future Hall of Fame quarterback Drew Brees went down with an injury in Week 2, Bridgewater then stepped in and went 5-0 as the starter, throwing for 1,384 yards, nine touchdowns, two interceptions and completed 68 percent of his passes.

Even so, many believe he’s a giant step down from Newton.

"I take pride in proving people wrong. They told me I would take 18 months to come back from my injury," Bridgewater said. "They told me I couldn't win last year and I won. I don't wake up with the mindset that I want to lose."

Bridgewater entered the NFL with the Minnesota Vikings as a first-round pick out of Louisville and quickly proved he belonged in the league.

In the fall of 2016, Bridgewater suffered a gruesome ACL tear that unexpectedly turned his journey into a redemption story.

After Bridgewater was released by the Vikings in 2018, he was picked up by the New York Jets and traded to the Saints following a strong preseason showing.

"Knowing what I know now I would just go back and tell myself the moment I was on the ground screaming in pain, 'life is just a race,'" Bridgewater said. "We all have to run our own race and within that race, we have to focus on what is in our lane. For me, at the time I stumbled in my lane and it's a race that I have to finish and I'm not finished yet but I'm back in the race and I'm excited to be back in it."

Bridgewater won't have it easy in Carolina.

Two of the greatest quarterbacks ever are in the NFC South: Brees and Tom Brady, who signed with the Tampa Bay Buccaneers this offseason.

That just motivates him more.

Bridgewater hasn't been known in his career to take a lot of long-shots passing down the field, but he'll have the opportunity to be in a potentially pass-heavy offense under new offensive coordinator Joe Brady, who he spent time with him in New Orleans.

"My relationship with Joey, we clicked right away," Bridgewater said. "He was the guy that taught me everything that I learned from the jump along with Joe Lombardi. Joe (Brady) spent one-on-one time with me and we had that relationship intact. I'm glad that we get to reunite in Carolina."

When football returns, Bridgewater is ready to show everyone why the Panthers made a good choice in signing him.

"I'm extremely confident. I feel like I'm better than what I was a couple years ago," Bridgewater said. "I know how to conduct myself. I'm not a young rookie starter trying to tell grown men what to do. I understand what it takes to be a quarterback in this league."

Superman may no longer be in Charlotte, but Bridgewater believes he can still save the day.

“I’m the OG. Always calm and always cool,” he said.