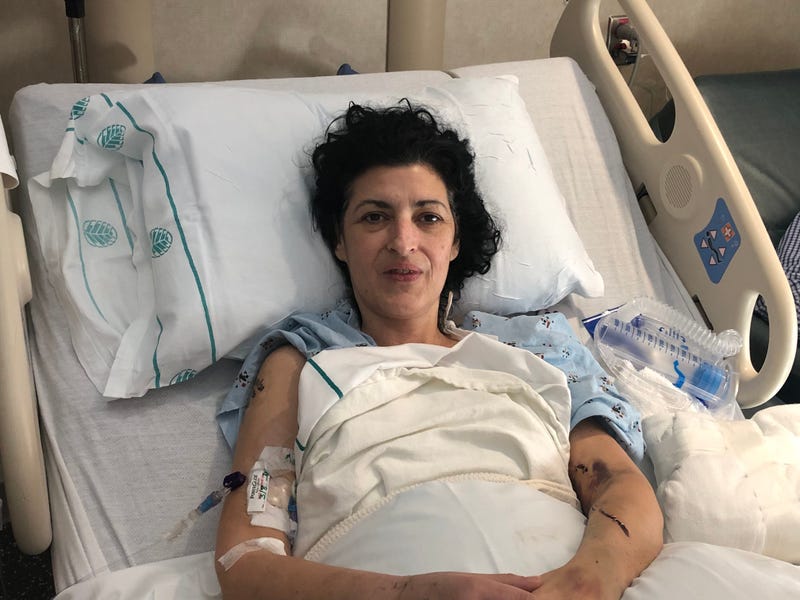 Six days after being shot four times at her brother's restaurant in an attempted robbery, Magda Chormovas lies in her hospital bed and now deals with fear for her safety and anger with a local judge.

Listen to what Magda Chormovas has to say as she lay in her hospital bed recovering from her injuries in a one-on-one interview.

Last week, Judge Kim Best reduced a magistrate's bond of 150,000 to just $97,500  for Deonte Curry, who was charged with attempted first-degree murder. After the lowering of the bond, Curry was able to post and was released back into the community Tuesday afternoon. Trevon Ricks, who was also charged, was given a bond less than $90,000.

Chormovas, who lives in Greece and had been in Charlotte just five days before the shooting, is truly upset at the judge and fearful the accused will again come after her to try and finish what he failed to do the first time.

She was visiting her brother, Thomas Chormovas, who owns Mr. C's Restaurant on North Tryon Street. That's when two men attempted to rob the restaurant. One of the gunmen held a gun to her brother's head and demanded money. Seeing this, and being incensed, Magda Chormovas went behind the counter and started pushing the gunman, upon which he fired and hit her four times.