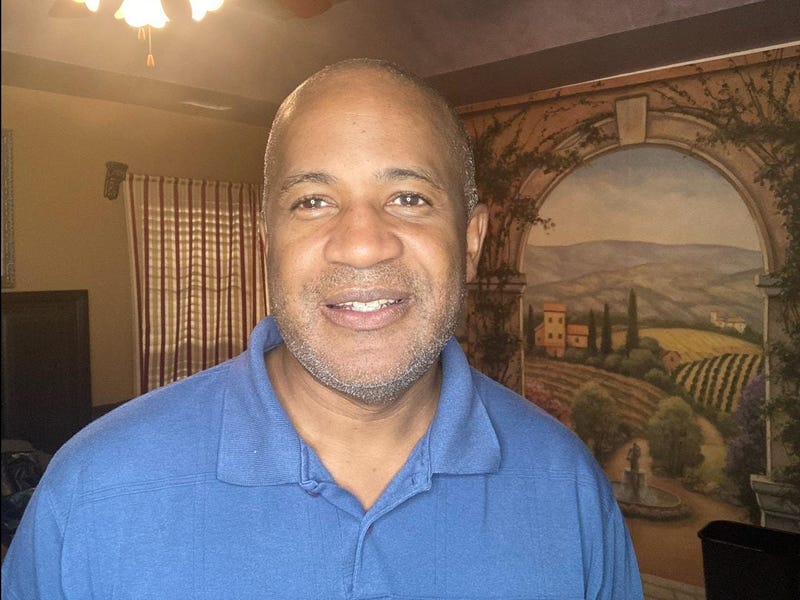 In a public announcement on his radio show Monday, Coakley said he wanted to share the news of beating the life-threatening illness, but had to wait to tell one special listener.

“I did not want this special person to find out this news from the radio," Coakley said.

That one person is Vince’s mother in Kentucky. Before telling the mass amounts of listeners who flock to hear Vince’s expertise on WBT, he thought his mom should be the first to know in-person with a detailed explanation.

“I made a trip this weekend for this express purpose to let her know what had happened a few weeks ago,” Coakley said. Vince boarded a plane on Friday to see his mother, who lives in an assisted living facility. Due to the pandemic visiting regulations are strict. Leaving Vince with a short time frame to have a face-to-face interaction with his mom.

However, the backstory makes the visit more heartfelt for Coakley.

Friday night, Vince took off for the bluegrass state. Ten minutes into the short 45-minutes touch-and-go flight, the plane was diverted back to the airport after experiencing a mechanical failure. Knowing there was another plane heading for Kentucky which was about to takeoff, Vince made a mad dash to catch what might be the last flight out to see his mom.

The awareness for a diagnosis

Going back a few weeks, Coakley says he was dining at a friend's house and went to say goodbye with a hug. After the embrace, Vince noticed his friend was running a fever and asked to check his temperature— 102.5 F was the reading. “He ended up going to the ER and finds out he has Covid-19,” Coakley said.

“And because I had possible exposure, I actually (for other reasons) was having a test the next day. Which I did and that came up negative. I was told by medical officials that was not valid because of my potential exposure. That test wouldn’t have been able to pick up whether I actually could’ve contracted the virus. So, I was re-tested the following week and the test this time was positive.”

Vince believes outside of slight fatigue, he was asymptomatic. However, not the same story for some of Vince’s friends who've been diagnosed with Covid-19 and showing strong flu-like symptoms.

“I’m very thankful that I escaped all of that thus far. I am clear,” Coakley said about his current prognosis”

Coakley is grateful to share his experience today knowing others aren’t as lucky. One of those being Herman Cain. The former presidential candidate died from Covid-19 after attending a rally in Tulsa, Okla. at the age of 74. Coakley regularly filled-in for Cain during his time in Atlanta, GA. Another colleague of Coakley’s, our own Darrin Arriens, lost his battle to Coronavirus in April at the age of 52.

Listen to Vince’s latest commentary weekdays on WBT from 10 a.m. to Noon or on-demand 24/7 at radio.com.