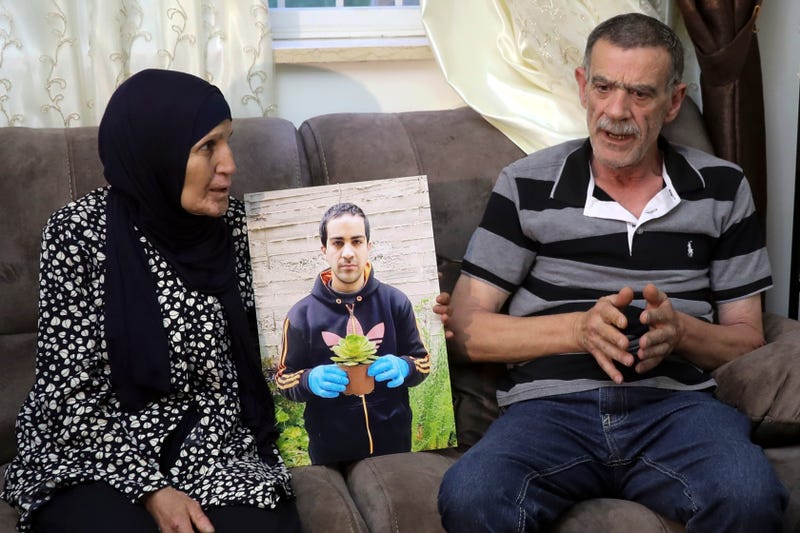 JERUSALEM (AP) — Israeli prosecutors on Wednesday recommended charging a police officer with reckless manslaughter in the deadly shooting of an autistic Palestinian man in Jerusalem's Old City earlier this year.

The decision came nearly five months after the shooting of Eyad Hallaq. Hallaq's family, which had criticized the slow pace of the investigation and prosecutors' claim that security cameras in the area had malfunctioned, condemned Wednesday's decision. They said prosecutors should have filed much tougher charges.

The Israeli Justice Ministry said the officer, who was not identified, would be charged with reckless manslaughter, pending a hearing in which he can dispute the charges. Such hearings are standard procedure before indictments are filed. If convicted, the officer could face up to 12 years in prison.

His commander, who was also at the scene of the shooting, was not charged.

“There is sufficient evidence to bring charges of premeditated murder against the two policemen,” said their lawyer, Jad Qadamani. “Eyad was intentionally killed by the police. We are considering the next step now.”

Hallaq, who was 32, was fatally shot just inside the Old City’s Lion’s Gate on May 30 as he was on his way to the special-needs institution that he attended.

The area is a frequent site of clashes between Palestinians and Israeli security forces, and the Old City’s narrow streets are lined with hundreds of security cameras that are monitored by police. But as the investigation proceeded over the summer, prosecutors claimed that none of the cameras in the area had worked and there was no footage of the incident.

According to accounts at the time, Hallaq was shot after failing to heed calls to stop and running away. Two members of Israel’s paramilitary Border Police then chased Hallaq into a nook and shot him as he cowered next to a garbage bin.

In Wednesday's statement, the Justice Ministry said that after the officer shot Hallaq the first time, he shouted at him in Arabic “don’t move.”

Another officer asked him in Arabic “where is the pistol.” The wounded Hallaq pointed to a woman whom he knew and muttered something. The officer then turned to the woman and asked her in Arabic, “Where is the gun?”

She replied, “What gun?” At that point, the officer under investigation fired again at Hallaq.

The woman mentioned in the statement appears to be Hallaq's teacher, who was with him that morning. At the time of the shooting, she told an Israeli TV station that she had repeatedly called out to police that he was “disabled.”

The ministry said the recommendation to prosecute was made after considering eyewitness accounts and other evidence.

“All the circumstances of the incident were considered, including the fact that the deceased did not pose any threat to the police officers or the civilians at the scene, and that the police officer fired a shot not in accordance with police orders, that were well known to him, and didn’t adopt more proportionate alternatives that were at his disposal,” it said.

Hallaq's parents had expressed concerns the killing would be whitewashed, especially after the alleged camera malfunction. In cases of attacks against Israeli security forces, police often quickly release security-camera footage to the public.

Palestinians and human rights groups say Israel has a poor record of prosecuting cases of police violence against Palestinians.

The shooting of Hallaq drew comparisons to the death of George Floyd in the U.S. and prompted a series of small demonstrations against police violence. The uproar crossed Israeli-Palestinian lines and drew Jewish protesters as well, and Israeli leaders expressed regret over the shooting.