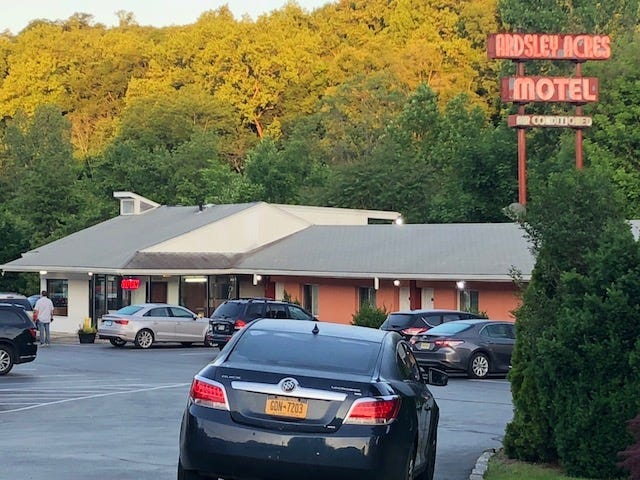 NEW YORK (WCBS 880) — Two police officers were wounded, with the suspect dead, in a drug bust in Ardsley.

Ardsley Police Chief Anthony Piccolino said that local officers were helping the FBI take down a drug suspect barricaded at a local motel at about 10:30 p.m. Monday.

Piccolino said, “As the officers approached the motel a suspect came out of the room and engaged the officers in gun fire.”

The wounded officers are expected to recover.

A vest stopped a bullet from hitting a Greenburgh sergeant in the chest, a source told WCBS 880's Sean Adams.

A Dobbs Ferry officer took a ricochet to the leg.

In the early morning, the parking lot at the Ardsley Acres Motel was still littered with dozens of small orange cones and evidence markers.

From @wcbs880 #Chopper880: Evidence markers tell the story of a violent shootout during an FBI drug raid in #Ardsley that injured two police officers from Greenburgh and Dobbs Ferry; 06.04.19; #Westchester pic.twitter.com/87vIsOjw8k

So far, no other information has been released about the 43-year-old suspect that was killed.

Thankfully, no other injuries from all the flying bullets have been reported.

Police had never been shot in Ardsley, a small town in Westchester, and the events were quite a shock to residents.

“Very quiet, peaceful, out of the way. It's one square mile,” a resident told WCBS 880.

Piccolino said they've requested the FBI take over the investigation.