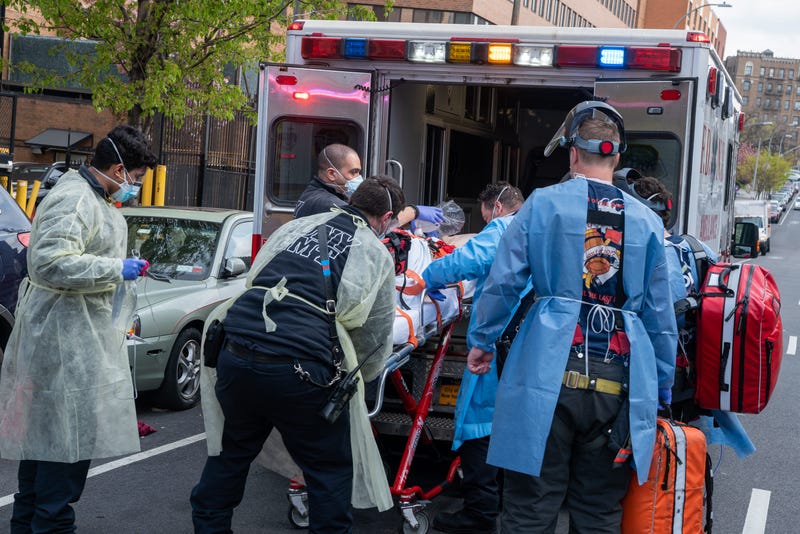 NEW YORK (WCBS 880) – Mayor Bill de Blasio said Sunday that hundreds of city workers have lost their lives fighting the coronavirus in New York City as he announced the city has also reported dozens of cases of a mysterious illness associated with COVID-19 that’s been affecting kids.

He said the city has extended health insurance for surviving family members of municipal employees for 45 days at the request of the Municipal Labor Committee. The mayor said the city is fighting for benefits to the families in the next federal stimulus bill.

One child, a 5-year-old boy, has died from the condition, which causes children’s immune system to overreact.

De Blasio said the city is directing all hospitals, public and private, to start immediately administering tests to children showing symptoms of the condition. Among the symptoms parents should watch out for are persistent fever, rash, abdominal pain and vomiting.

When it comes to controversy surrounding the NYPD’s enforcement of social distancing, which has at times been violent and disproportionately affects people of color, de Blasio said the city is making efforts to increase social distancing education.

The mayor said the city is increasing civilian social distancing ambassadors from 1,000 to 2,300 and is working with community partners to increase education and outreach.

“More and more, the emphasis will be on a communicative, encouraging approach,” de Blasio said, while noting that enforcement through ticketing “will still be there when needed.”

The city didn’t immediately have information on social distancing arrests or summonses, if any, over the weekend. De Blasio reiterated there have been relatively few — under 10 summonses a day citywide — but that enforcement needs to be done “fairly and consistently in all communities.”

New York City police department data released Friday showed that of the 374 summonses issued through May 5 for violating distancing orders, 52% were given to black people and 30% to Hispanic people.

The mayor on Friday called those statistics “an indicator that something’s wrong we need to fix.” He pledged more training and clearer protocols for officers.

After video showed an NYPD member not wearing a face covering during a social distancing confrontation, de Blasio said the city will also ensure that all frontline staff, including NYPD, wear face coverings while in contact with the public.

De Blasio also gave an update on three key indicators tracking the spread of the coronavirus. He said Sunday’s numbers were a “mixed bag.”

People admitted to hospitals with suspected COVID-19 was unchanged at 69 as of May 7.

The percentage of people who tested positive for COVID-19 citywide went up from 12 percent to 17 percent as of May 7.

De Blasio said the city is asking the federal government for 39,000 doses of the drug Remdesivir, which has been used to treat COVID-19. He said the city currently only has 4,000 doses.

Data from the health department shows there were 14,753 confirmed deaths and 5,178 "probable deaths" from the coronavirus in New York City as of Sunday, bringing the combined death toll 19,931.

Here’s the breakdown of cases by borough: