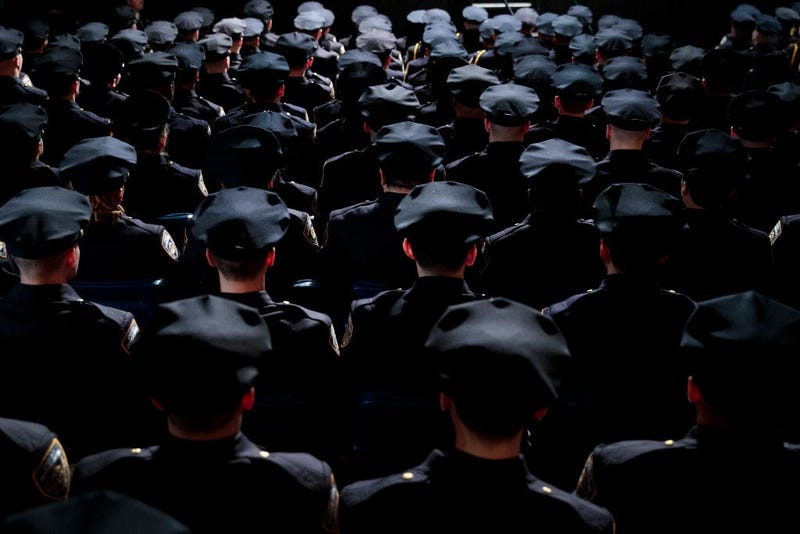 NEW YORK (WCBS 880) – Three of New York City’s five district attorneys are casting a skeptical eye toward a new city law that prohibits police officers from sitting or kneeling on a suspect.

Bronx DA Darcel Clark said while the law is well-intentioned, “We also have to think about the unintended consequences of it.”

Clark said she’ll look case by case on whether to apply the new city law that prohibits police officers from sitting, standing or kneeling on someone’s back or chest.

“If it's incidental contact, with the officers just really trying to do their job to apprehend someone, then I can't see that as being what was intended by the statute and therefore it’s not criminal,” Clark said.

“We need the police officers to not be impinged in their ability to keep us safe,” McMahon said. “Our concern with this bill is that it’s overreaching and really would include incidental or accidental contact made by a police officer who’s making a lawful arrest.”

McMahon said if the contact is accidental, he won’t prosecute.

Meanwhile, the bill’s author, Councilmember Rory Lancman, is pushing back, saying the law enforcement community has “for years resisted even the most basic, modest reform.”

“The act of kneeling, sitting, standing. These aren't things that are done accidentally, they’re done intentionally and consciously,” Lancman said.

He said the maneuvers are already discouraged in the NYPD patrol guide.

“If the NYPD is not going to police itself, it comes to the City Council to take steps to protect New Yorkers,” Lancman said.