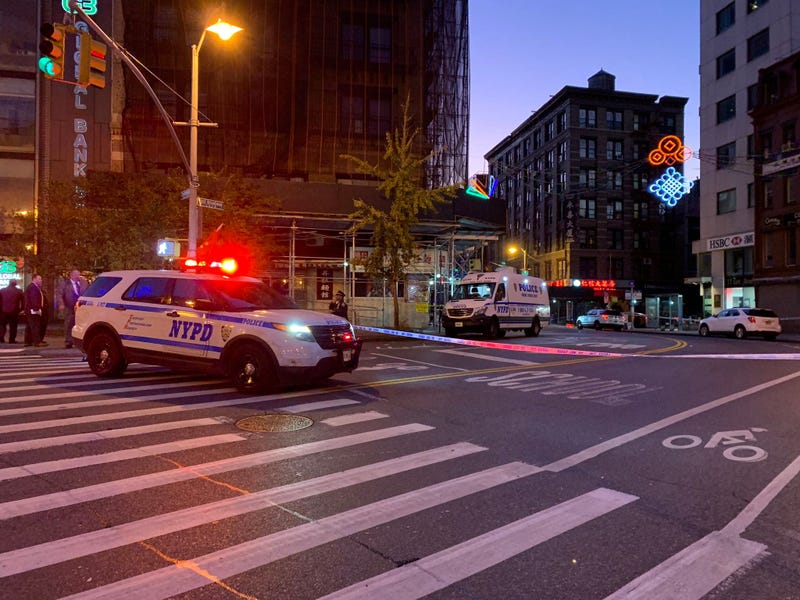 NEW YORK (WCBS 880) – A man brutally attacked sleeping homeless men with a metal, studded pipe in Chinatown early Saturday morning, leaving four of them dead and a fifth fighting for his life.

A 24-year-old suspect was taken into custody after he was discovered walking near Mulberry and Canal streets carrying a long metal object described by witnesses, police said.

Two law enforcement officials identified the suspect as Randy Rodriguez Santos. He has a history of arrests for assault. The officials spoke on condition of anonymity because criminal charges hadn't yet been finalized.

Santos has been arrested at least a half-dozen other times in the past two years, three times on assault charges. 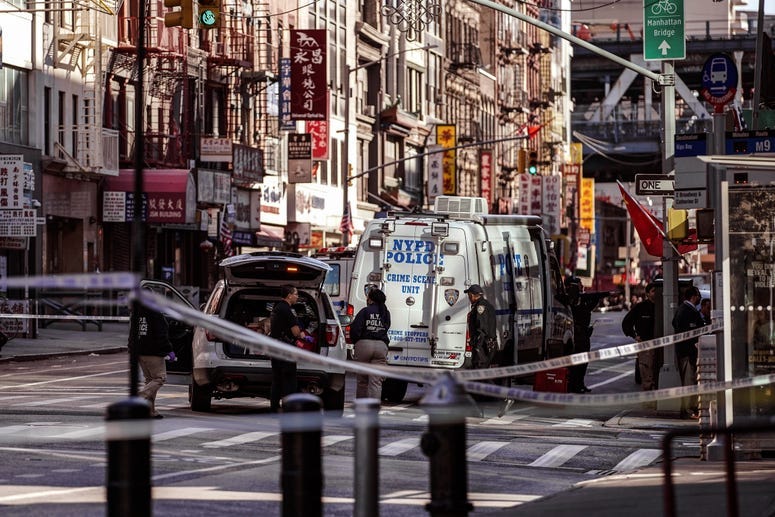 NYPD Deputy Chief Inspector Michael Baldassano said the suspect is also homeless and that his actions appear to have been "random attacks" rather than motivated by race or age.

An investigation into the attacks spanned several blocks Saturday morning as dozens of officers canvassed the area searching for more potential victims.

Officers responded to a call about an assault in Chinatown a little before 2 a.m. Saturday.

Police said the first two victims were discovered near the Bowery and Doyers Street. One of them was pronounced dead at the scene and a second was rushed to Cornell Medical Center in critical condition. 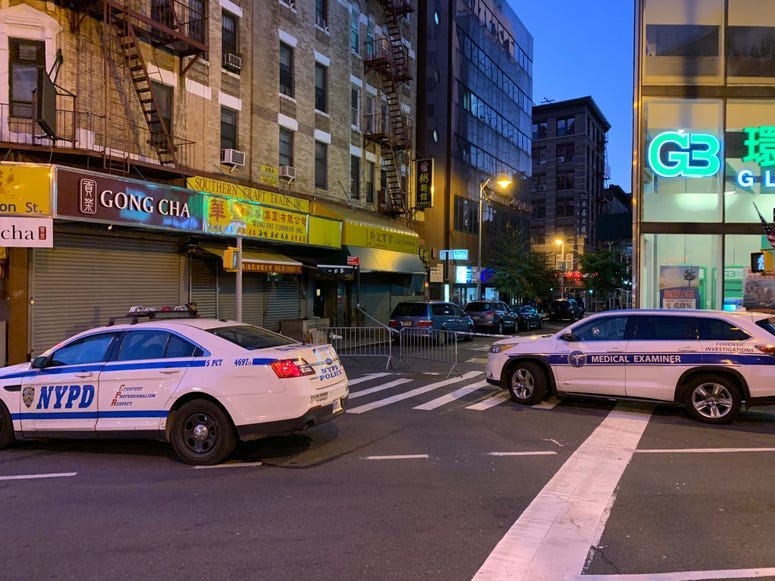 Blood covered a doorway at one of the crime scenes as officers investigated hours later. Another victim was seen lying under a white sheet on a sidewalk.

Police said all of the men had severe blunt force trauma to their heads and appeared to have been beaten as they slept.

A motive is not yet known and the identities of the victims have not been released.