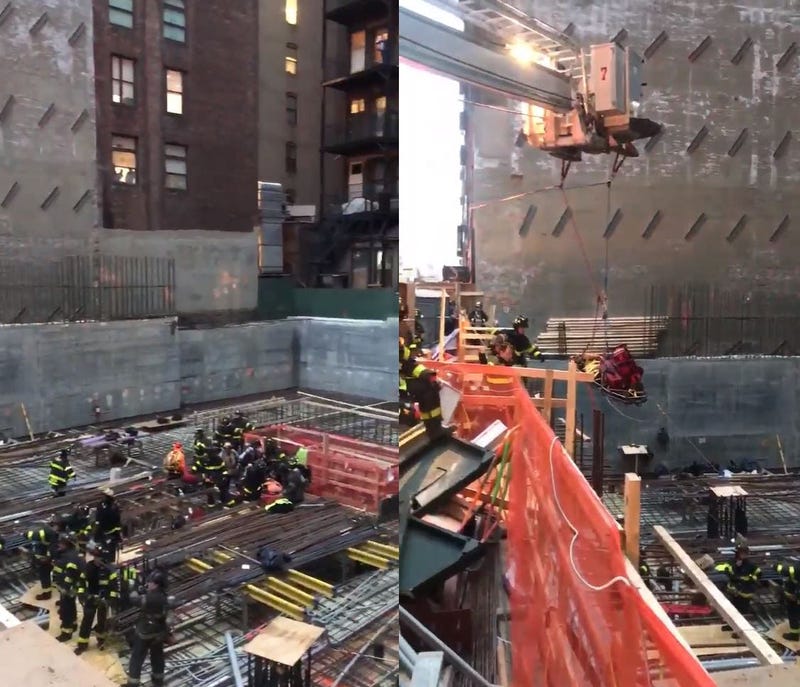 NEW YORK (WCBS 880) — At least nine people were hurt in a carbon monoxide incident at a Manhattan construction site Tuesday.

The incident happened around 4:30 p.m. at a site on East 29th Street in the Flatiron District.

The FDNY says generators were running inside a confined space and workers had to be rescued.

#FDNY members are operating on scene of a construction site at 30 E. 29 St. in Manhattan with reports of a carbon monoxide incident. There are currently nine patients at the scene, all injuries are non-life-threatening. FDNY operations continue.

Five workers sustained minor injuries, while four others were in serious condition, according to FDNY. None of the injuries were considered life-threatening.

#FDNY members continue to operate to remove workers from the scene of a construction site at 30 E. 29 St. in Manhattan. pic.twitter.com/fUFmpCDEQb

Officials said several workers were trapped and video from the scene showed several victims being lifted out on stretchers.

Chief of Special Operations John Esposito said the rescue was a matter of rope and brute strength.

"We connect some ropes and some hardware to that, and we're able to put the patients in a basket and haul them up," Esposito said.

The Department of Buildings is investigating.