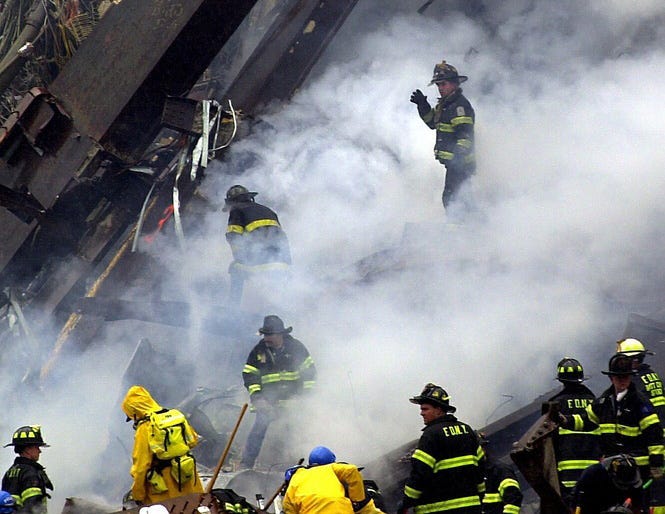 NEW YORK (WCBS 880) — The September 11th Victims Compensation Fund plans to cut all future payments in half as it continues to struggle with a surge of new claims.

Victims who have already filed claims could see their payments cut by 50 percent, while those who apply after Feb. 1, 2019 will see even deeper cuts of up to 70 percent.

Even as she made the announcement Victims Compensation Fund Special Master Rupa Bhattacharyya said it's horribly unfair but there's little else she could do.

“VCF does not have sufficient funding to continue to compensate all pending and projected claims in the same manner as awards are currently calculated,” she explained.

The fund was created by the federal government in 2011 to compensation for the deaths and illnesses link to the toxic dust that swirled through Lower Manhattan after terrorists crash airplanes into the World Trade Center in 2001.

Over $5 billion has been paid out to about 21,000 people who were exposed to the toxic fumes in New York City, the Pentagon and in Shanksville, Pa.

“When we needed them, they were there for us. So whenever one of our 9/11 heroes is diagnosed with a 9/11-related illness, we should be there for them,” U.S. Sen. Kirsten Gillibrand said in a statement. “They should have the peace of mind of knowing they will have financial support from the September 11th Victim Compensation Fund to help them and their families.”

Currently, there are more than 19,000 addition unpaid claims and only about $2 billion left in federal funds.

Thousands more are expected to apply before the fund expires in 2020.

Sen. Gillibrand said Friday that she will be reintroducing bipartisan legislation with Sen. Cory Gardner and others to fully fund the compensation fund and make it permanent, “so that any 9/11 first responders who develop cancer in the coming years will have somewhere to turn when they need help.”

The senator adds, “They were there for us, Congress must be there for them.”

The shortfall stems from several factors, but mainly is due to an increase in the number of people being diagnosed with 9/11 related illnesses.

“Nobody anticipated the number of claimants,” said Long Island Republican Rep. Peter King. “With the claims are coming up, to ensure they’ll get any money at all there had to be cuts in the awards that are going to be made.”

King, a longtime proponent of the Victims Compensation Fund, told WCBS 880 that he plans to introduce legislation to extend the program into 2090.

“You’ll have language in there saying that as much money as has to be spent will be spent,” the Republican said.

His advice to victims: “Not to hesitate and not to wait, to get that claim as soon as they can. Even if they get a reduced amount, number one, they'll be getting something, but don't give up. Please don't do that. Get your claim in, you're entitled to it, you've suffered enough.”