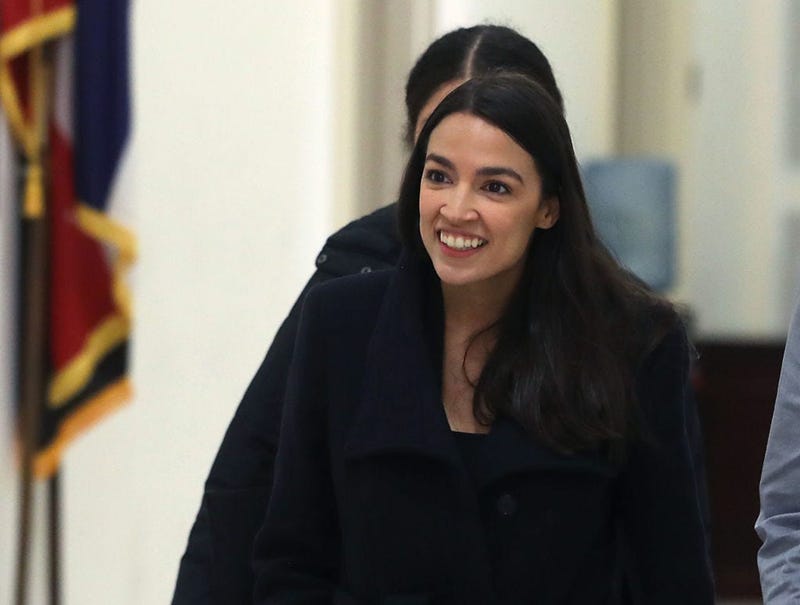 NEW YORK (WCBS 880) — Amazon has announced it would be backing out of a deal to build a second headquarters in New York City following a torrent of local opposition.

“I think that it is a victory for the values that we hold dear. We insisted that this be a town that supports labor and unions and the right of workers to organize, but Amazon said that it would refuse to do so. So, we are holding firm to those values and that's really, really important,” said Van Bramer.

In November 2018, Amazon selected Queens and Arlington, Virginia, as the two sites for its second headquarters.

Under the plan, which was negotiated by Gov. Andrew Cuomo and Mayor Bill de Blasio, the headquarters would bring in roughly 25,000 to 40,000 new jobs.

According to Amazon’s press release, the company was also to receive “performance-based direct incentives of $1.525 billion” for the creation of the jobs. This will include a refundable tax credit, through the state’s Excelsior Program, of up to $1.2 billion over the next 10 years.

Reaction to Amazon dropping NYC has been mixed. How do you feel about it? (Read more: https://t.co/MHj0p5ywpp)

It was this news that sparked the anti-Amazon movement, headed by Van Bramer and Gianaris.

The two often argued that the deal was done in secret and would give massive corporate welfare from scarce state dollars to one of the world’s largest corporations.

“We were subsidizing those jobs. The city was paying for those jobs. So frankly, if we were willing to give away $3 billion for this deal, we can invest those $3 billion in our district ourselves if we wanted to. We could hire out more teachers, we can fix our subways, we can put a lot of people to work with that money,” Ocasio-Cortez said Thursday.

Though, as Crain’s Greg David’s reported, the $3 billion promised to Amazon was not a cash payout.

“The $3 billion is not money we’re handing out to Amazon, it’s tax breaks we’re giving Amazon in lieu of what they would have owed for doing all this, for building this campus, and hiring all these people, and generating all this profit. There is no $3 billion,” David said.

He adds that Ocasio-Cortez “has not done her homework.”

Still, local union leaders have repeatedly claimed the online retail giant is "anti-worker" and "anti-union” and called conditions in Amazon factories around the county “deplorable.”

Additionally, Gianaris and Van Bramer claimed the company was not willing to work with local leaders to help improve the community, dispute Amazon promising jobs for residents in public housing and tech training for SUNY and CUNY students.

“Rather than seriously engage with the community they proposed to profoundly change, Amazon continued its effort to shakedown governments to get its way,” said Sen. Gianaris in a written statement.

Gianaris and Gov. Cuomo have often butted heads about the Amazon deal and it wasn’t any different on Thursday when the governor mentioned in his statement on Amazon that the “New York State Senate has done tremendous damage.”

“I know that they have a pattern of threatening when they don't get their way that that's how I took it and then they continue to not get their way and they left but that says more about them than it does about anyone else,” Gianaris said of Amazon.

Though, as WCBS 880’s Rich Lamb reported, the opposition had much to find issue with in the Amazon deal.

“Initially there was a lot of excitement of amazon coming in and all of the jobs and then we learned about the secret negotiations and the non-disclosure agreements,” Lamb said. “That didn’t go over so well with the people that like transparency.”

He adds that while Mayor de Blasio had been an adamant supporter of the Amazon deal, “philosophically, has never liked Amazon.”

Lamb recalled when the mayor would often tout shopping in brick-and-mortar stores and bragged that he had never ordered anything from the online retail giant.

The question now remains: What will become of New York’s tech sector now that Amazon has pulled out of the deal?

“The loss of Amazon is a disaster for New York because not only will we lose the jobs but New York will not be recognized as a place for investing in technology and competing with Silicon Valley as a center for innovation and will lose its opportunity to provide jobs and future well-being for its diverse population,” said Andrew Rasiej, the chairman of the New York Tech Alliance.

He says the opposition didn’t “understand the long-term collateral impact of amazon making New York the No. 1 place for 21st century jobs.”

In the announcement of its withdrawal, Amazon noted that it will not search for another location and will proceed with building officers in Northern Virginia and Nashville.