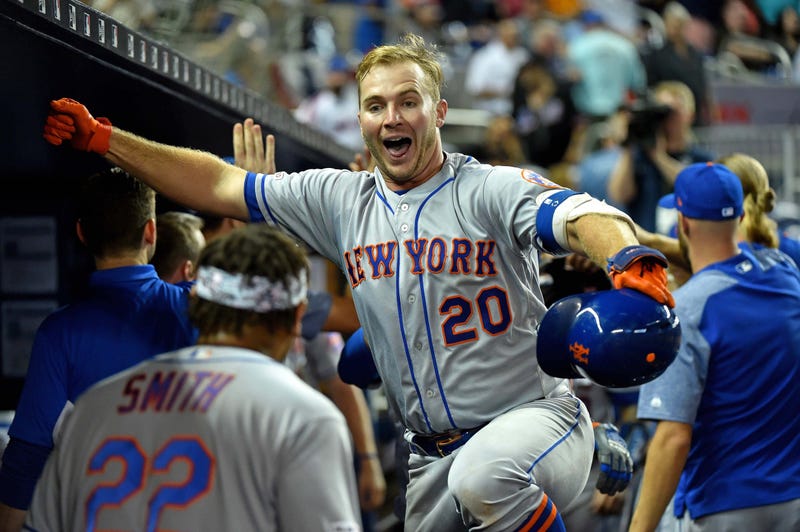 MIAMI (AP) _ Rookie slugger Pete Alonso hit his first major league homer, a three-run shot to cap a four-run ninth inning, and the New York Mets overcame 16 strikeouts by their hitters to rally past the Miami Marlins 7-3 Monday night.Juan Lagares hit his first homer since Sept. 7, 2017 and sparked the ninth-inning rally when he was hit by a two-strike pitch trying to bunt.

BACK ON THE MOUNDMiami's Caleb Smith, making his first start since June 24, allowed two runs and struck out eight in five innings. His 2018 season was cut short by a strained left lat that required surgery.TRAINER'S ROOMMets slugger Yoenis Cespedes, sidelined until at least mid-July following surgery on both heels, was in the clubhouse before the game and was expected to take swings in the batting cage during the series.UP NEXTMiami RHP Jose Urena (0-1, 9.64), who had a rough outing in an opening day loss to the Rockies, makes his second start of the season Tuesday against LHP Jason Vargas (7-9, 5.77 in 2018).