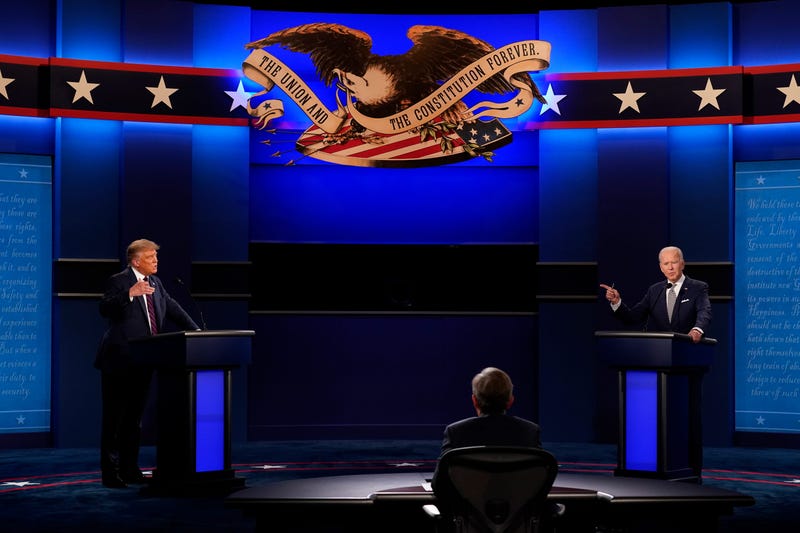 “What do you want to call them? Give me a name. Give me a name,” Trump said, before Biden mentioned the far right, violent group known as the Proud Boys. Trump then pointedly did not condemn the group, instead saying, “Proud Boys, stand back, stand by. But I’ll tell you what, somebody’s got to do something about Antifa and the left because this is not right wing problem. This is a left wing problem."

Biden attacked Trump's handling of the pandemic, saying that the president “waited and waited" to act when the virus reached America's shores and “still doesn’t have a plan.” Biden told Trump to “get out of your bunker and get out of the sand trap” and go in his golf cart to the Oval Office to come up with a bipartisan plan to save people.