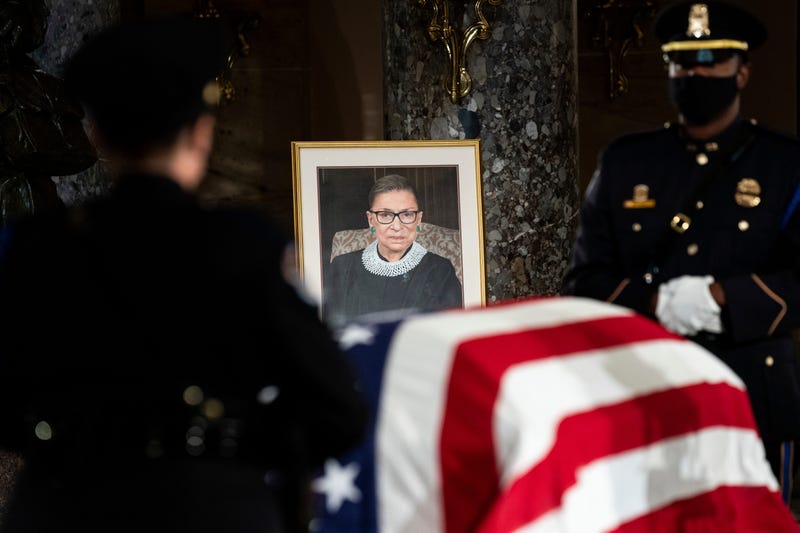 Photo credit The flag-draped casket of Justice Ruth Bader Ginsburg lies in state in the U.S. Capitol on Friday, Sept. 25, 2020. Ginsburg died at the age of 87 on Sept. 18 and is the first women to lie in state at the Capitol. (Erin Schaff/The New York Times via AP, Pool)
By The Associated Press

ARLINGTON, Va. (AP) — Supreme Court Justice Ruth Bader Ginsburg has been buried in a private ceremony at Arlington National Cemetery. Ginsburg was laid to rest Tuesday beside her husband and near some of her former colleagues on the court.

Washington last week honored the 87-year-old Ginsburg, who died Sept. 18, with two days where the public could view her casket at the top of the Supreme Court's steps and pay their respects. On Friday, the women's rights trailblazer and second woman to join the high court lay in state at the U.S. Capitol, the first woman to do so.

Arlington, just over the Potomac River from Washington, is best known as the resting place of approximately 400,000 service members, veterans and family members. But Ginsburg is the 14th justice to be buried at the cemetery.