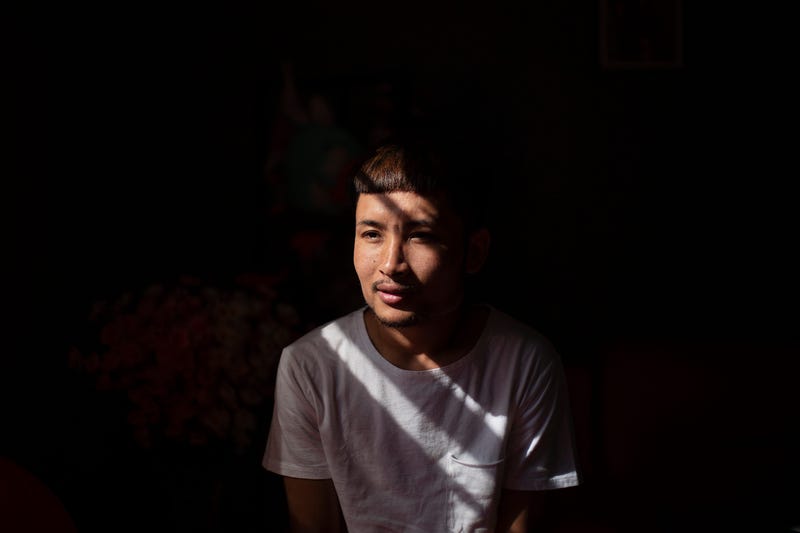 That downward trend seems likely to continue if Trump is reelected; his Democratic challenger Joe Biden has promised to pump the annual refugee goal to 125,000.

There are no voter registration figures for refugees, but the National Partnership for New Americans predicted that 860,000 immigrants of all kinds would gain that right this year by becoming citizens even in the face of barriers like an 83% increase in naturalization fees, from $640 to $1,170.

Through its citizenship classes, the International Rescue Committee has helped around 6,000 refugees and other newcomers become Americans each of the last few years. Other groups have also helped refugees become naturalized.

Department of Homeland Security figures in recent years have shown refugees and asylum-seekers are the immigrants most likely to gain citizenship, with a naturalization rate of over 70% during their first decade in the country. Refugees can apply for citizenship after five years as permanent residents.

Once they become Americans, they can register and vote.

“So many want to vote this time,” said Basma Alawee, a refugee herself and an organizer for the Florida Immigrant Coalition who has been holding webinars helping other refugees prepare for Election Day.

Here are a few other refugees around the United States voting for the first time:

BILAL ALOBAIDI recalls elections in Iraq under Saddam Hussein when only the leader’s name was on the ballot. The only possible choices were “yes” or “no.”

“And if you said ‘no,’ something bad could happen to you,” said Alobaidi, who arrived in the U.S. in December 2013.

He was resettled in Phoenix, a desert city with sweltering weather like that of his hometown Mosul, and was naturalized last year.

Alobaidi said he looks forward to voting for the candidate he chooses.

“This is the first time I will practice democracy,” he said. “I can't wait.”

BAWI UK was a small child when his parents fled Myanmar, leaving him and his siblings to be cared for by their maternal grandmother.

UK said the family suffered discrimination as Christians in a predominantly Buddhist nation. The military government was also trying to forcibly conscript his father.

“To run for office, you had to be a Buddhist; to rent a house, you had to be Buddhist,” said UK, a social work student at Rhode Island College and a youth leader at the Refugee Dream Center, an advocacy organization in Providence.

NADA AL-RUBAYE said she never voted in her native Iraq, which she fled after her oldest son and several other family members were killed in the country's widespread violence.

The Baghdad-born artist and another son spent a few years in Turkey, but in 2013 were settled in Phoenix.

A U.S. citizen since September 2019, she now paints landscapes featuring the red rock outcroppings of her adopted Arizona and sells her paintings and jewelry online.

“I am so excited!" she said about the upcoming election, flashing a broad smile. “It’s so important for a person to feel like they belong to a country.”

HABTOM GEZHEY fled Eritrea after being conscripted to serve an indefinite number of years in the military.

Gezhey initially lived in a refugee camp in neighboring Ethiopia before being resettled in Florida in 2012.

Now a truck driver hauling goods across the U.S., Gezhey lives in Jacksonville with his wife, Eyerusalem, whom he met at the camp, and their two young children.

“I’m ready to vote,” said Gezhey. “We had no election in Eritrea, no Constitution."