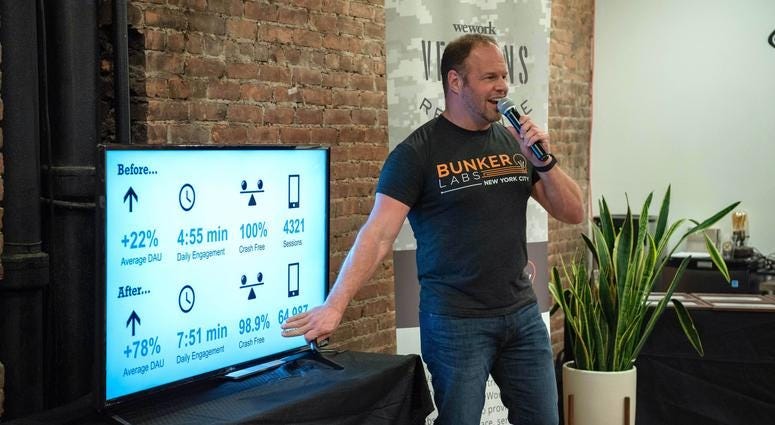 NEW YORK, NY – Nancy Preston’s journey into entrepreneurship began while she was deployed in Iraq in 2007. She always wanted to be her own boss, but she was timid about taking the plunge until she faced fear head on while working 21-hour days in her Army operational unit with no breaks for nine months.

"I'm exhausted, but this fear that I used to have about running my own business kind of washed away after I realized what we've been doing and how hard we've been going for so long," said Preston. "I always had this pull that I wanted to start my own business and I wanted it to be something I was really passionate about. So, that night, this epiphany came over me that if I can do this for God and Country, then I can do this for myself. I can really make something like this happen and it's going to be in my passion - it's going to be in food."

Preston, 43, found Milk Money Kitchens in May 2018 and applied to the WeWork Veterans in Residence powered by Bunker Labs. She was selected for their second run of the program that began last August and ran for 6 months through the end of January.